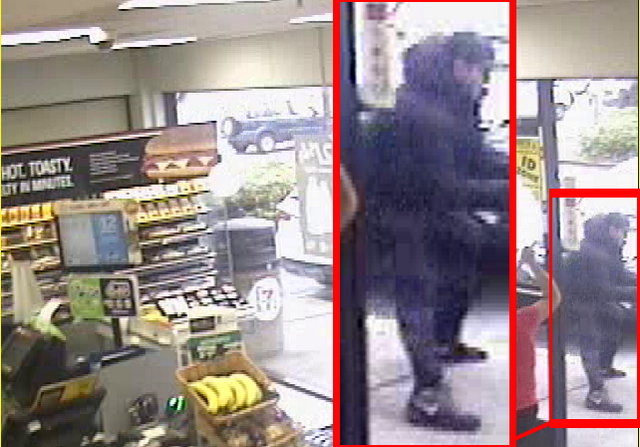 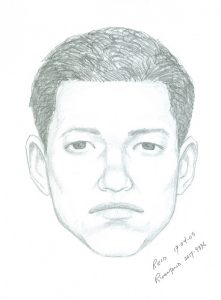 The Richmond RCMP is looking for assistance in identifying a car theft suspect. The suspect is believed to have stolen or attempted to steal vehicles in two separate instances.

On March 24, 2017 shortly before 3 pm, Richmond RCMP officers responded to the area of the 8300 block of Granville Ave. A woman parked her black 2015 Honda CR-V in front of a convenience store. The suspect allegedly grabbed her car keys and attempted to drive away in her vehicle. The suspect was confronted by a Good Samaritan and was frightened off. The suspect fled on foot a short distance to a neighbouring townhouse complex. Roughly 3 minutes later, the same suspect is alleged to have stolen a gray Honda CR-V. As the suspect drove away, he allegedly struck the owner with her own vehicle. Luckily the owner was not seriously injured.

The Richmond RCMP has released a forensic sketch of the suspect in addition to security footage in the hopes that someone will recognize him.

The suspect is described as:

“We appreciate any information you may have about these incidents. We would very much like to find this individual and hold him accountable for his actions,” says Corporal Dennis Hwang.

Anyone with information is asked to contact Constable Anne-Marie Savard at Richmond RCMP 604-278-1212. Should you wish to remain anonymous, please contact Crimestoppers by phone at 1-800-222-TIPS (8477)