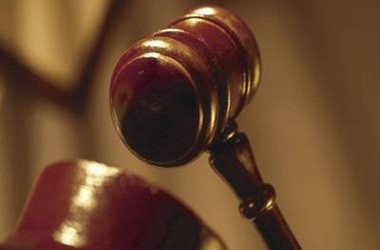 Vancouver: A bizarre case of deceit, jealousy and the cultural pressures of conceiving male offspring has landed a woman in jail, police say.

A woman has been convicted of aggravated assault for pouring super glue into the ears of her seven-week-old nephew, police said Tuesday.

“It’s hard to wrap your head around it if you’re a parent,” said acting Cpl. Dennis Hwang of the Richmond RCMP in an interview.

In February 2013, the baby’s parents took him to the hospital because he wouldn’t stop crying.

During an examination, a doctor found a hardened, plastic-like substance blocking both ear canals.

Painstaking surgery was needed to remove what was later determined to be super glue from deep inside the baby’s ear canals, police said.

The RCMP was called and began their investigation when it was determined the glue didn’t get there by accident.

In December 2014, the infant’s aunt, Chinese national Wei Wang, 30, was convicted of one count of aggravated assault in Richmond provincial court. Police only revealed details of the case and conviction on Tuesday.

She was sentenced to four months in jail and two years of probation.

Media reports from the time of the original allegations said family members of the child told police that the woman was worried she would lose out on a family inheritance because she had no sons.

Hwang said that in some Asian cultures the combination of government policy and cultural ideas means male babies are valued more highly than females.

“The jealousy is part and parcel because of someone else being able to conceive a male baby where she may or she may not have been able to,” he said.

Cpl. Chris Tarasoff, with the Richmond RCMP Serious Crimes Unit, said police have zero tolerance for any crime against a child.

“This was a bizarre, yet extremely sad case,” he said. “There were many investigators involved and it was emotionally trying at times.”

The likelihood the child will recover fully was the best result investigators could have hoped for, he said.