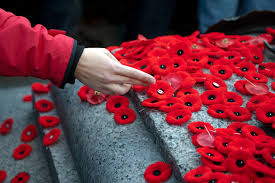 The Canadian Press
Ottawa: The remains of a Second World War soldier, found on Remembrance Day in a farmer’s field in Belgium, have been identified as those of Pte. Kenneth Donald Duncanson from Dutton, Ont.

The Department of National Defence and the Canadian Armed Forces say Duncanson was a member of The Algonquin Regiment, which served in 10th Infantry Brigade, 4th Canadian Armoured Division in Northwest Europe.

Duncanson was 29 when was killed on Sept. 14, 1944, during an attempt by the Algonquin Regiment to establish a bridgehead crossing of the Derivation de la Lys and the Leopold Canal in Belgium.

Officials say members of Duncanson’s family have been notified, and Veterans Affairs is helping the family as final arrangements are made.

Duncanson’s remains will be interred at Adegem Canadian War Cemetery in Belgium in the fall of 2016 by his regiment and next-of-kin have been invited to attend.

“We are grateful for the dedication of the Raakvlak Intercommunal Archaeological Service of Belgium, and the support of our international partners, which ultimately made it possible for our officers to identify Pte. Duncanson,” Defence Minister Harjit Sajjan said Monday in a release.

A metal detector hobbyist discovered Duncanson’s remains on Nov. 11, 2014, and the identification was made using a combination of historical context, anthropological analysis, artifact evidence, and dental records.

“Now, finally, he may be solemnly laid to rest with the honour and dignity he deserves,” said Veterans Affairs Minister Kent Hehr.

Surrey Board of Trade hosted talks about Education Investments in Surrey...