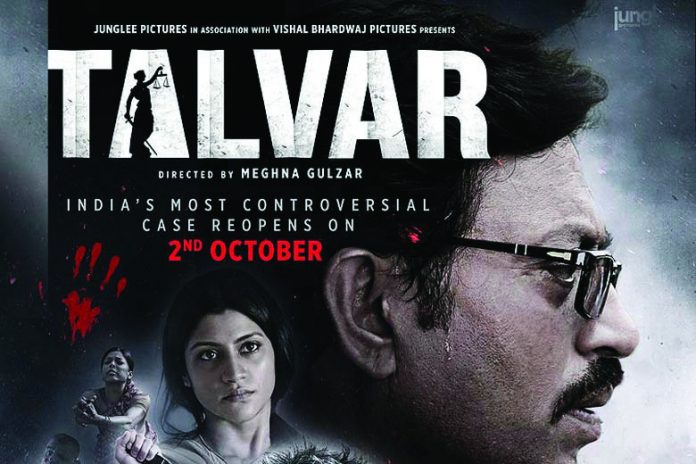 BOLLYWOOD is in sombre mode as many luminaries were seen wiping tears after coming out from the trial runs of Ram Madhwani’s NEERJA, based on the hijacking of PANAM flight 73 at Karachi airport on September 5,1986 which resulted in the killing of 23-year-old Indian flight purser NEERJA BHANOT to the hail of gunfire while shielding young children.

While AAMIR KHAN & HRITHIK ROSHAN were seen wiping tears after the special screening, AMITABH BACHCHAN & KARAN JOHAR had nothing but praise for the film which releases this week and certainly has been creating lot of interest because it’s based on real life heroics of Neerja Bhanot. Coming on the heels of much appreciated AIRLIFT, which is still performing well all over the world and was based on the massive evacuation of over 175,000 Indians from Kuwait in 90’s, it seems that there’s much interest for films based on real life stories and the critical response is resulting in increased footfall at the box-office. Looking back, many recently released biographical films like BHAAG MILKHA BHAAG, PAAN SINGH TOMAR & MARY KOM have had great success lately and it seems that more producer & directors are looking for real life stories as Bollywood is ready to offer an alternative to the usual masala films. As the film goers around the world are ready to watch the tragic and yet heroic story of NEERJA, here’s a list of Reel Films based on Real Life in Bollywood…

1. Anurag Kashyap’s BLACK FRIDAY (2004) … based on Hussain Zaidi’s acclaimed book on 1993 Mumbai blasts and its aftermath, BLACK FRIDAY with Kay Kay Menon & Pawan Malhotra was so real & chilling that it was banned for quite some time and the film is acknowledged as one of best about Mumbai blasts!

2. Rahul Dholakia’s PARZANIA (2007) … Heaven and Hell on Earth … based on Rupa Mody, who lost her only son during the’2002 Gujarat riots, the film had superb performances by SARIKA (she won the National best actress award) and NASEERUDDIN SHAH and went on to win several national & international awards!

3. Sanjay Gupta’s SHOOTOUT AT LOKHANWALA (2007) … based on the real life story of gangster Maya and his shootout with Mumbai Police in 1991, the slick film had AMITABH BACHCHAN, SANJAY DUTT, VIVEK OBEROI, ABHISHEK BACHCHAN, TUSHAAR KAPOOR and many more and needless to say that the Indian public, fascinated by gangsters & their fast life, gave
it a thunbs up as the film went on to make new records!

4. NO ONE KILLED JESSICA (2011) … based on the real life killing of model & socialite JESSICA LAL by politician Manish Sharma at a posh restaurant in New Delhi, the film struck a chord with general public and it was appreciated for the acting of RANI MUKHERJI and VIDYA BALAN!

5. Sanjay Gupta’s SHOOTOUT AT WADALA (2011) … based on the real life exploits of Mumbai`s dreaded gangster Manya Surve and the shootout at Wadala with Mumbai police, JOHN ABRAHAM was brilliant as so was the rest of supporting cast!

6. Nandita Das’s FIRAAQ (2011) … based on the effect on the daily lives of people after the 2002 Gujarat riots, the film had strong performances by NASEERUDDIN SHAH, PARESH RAWAL & DEEPTI NAVAL and won several national & international awards at various functions around the world!

7. Shoojit Sircar’s MADRAS CAFE (2012) …. the film was based on LTTE and the plot to assassinate India`s ex-Prime Minister Rajiv Gandhi, and his eventual killing in South India. Producer JOHN ABRAHAM was the main lead with NARGIS FAKHRI!

Like I said, Real Life is influencing many Reel Films and their success would certainly encourage more Bollywood producers-directors to make more meaningful films in future, so stay tuned for some more realistic films in future!

What is REAL Medicine? – By Dr. Holly