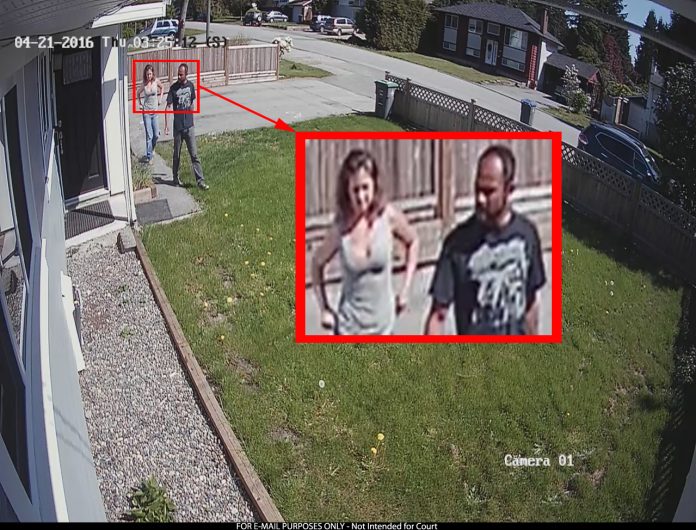 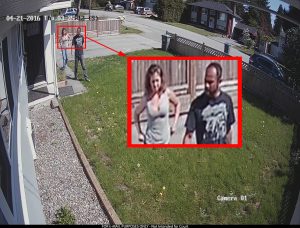 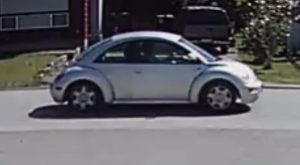 Surrey: Surrey RCMP is asking for the public’s assistance in identifying suspects in a residential break and enter captured on surveillance cameras.

On April 20, 2016 at 11:30am, two suspects, a male and female, attended a residence in the 10000 block of 127A Street in Surrey. The female knocked and unsuspecting occupants opened the door. The male suspect then forced his way into the home and threatened the occupants with a weapon. The male and female suspects fled in a silver Volkswagen Beetle after robbing the occupants. No one was physically harmed during the incident.

The male suspect is described as dark-skinned, 30-40 years old, with a thin build and short, black receding hair. He was wearing a black t-shirt with a white pattern or writing, grey denim jeans, and grayish deck-style shoes. The male spoke Fiji Hindi.

The female is de 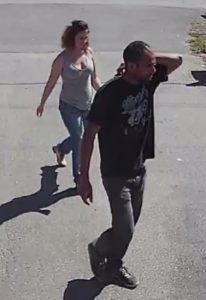 scribed as a fair-skinned Caucasian, 25-35 years old, with a medium build and shoulder length, brown, curly/frizzy hair.  She was wearing a grey tank top, denim jeans with a large hole torn in the left knee and pointed flaps covering the back pockets, and distinctive off-white and tan coloured boots with 1/2 inch raised heels.

The Volkswagen is a 1998-2005 silver Volkswagen Beetle with 6-spoke wheels.

“If you know these people, please contact the Surrey RCMP,” says Corporal Scotty Schumann. “Remember to exercise caution when strangers come to your door. Keep your doors and ground floor windows locked even when you are home.”

How can I encourage others to participate if I’m not ready...