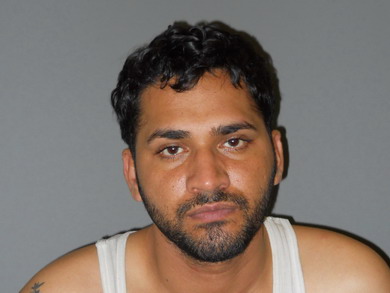 Vancouver: Boundary Regional RCMP are seeking public assistance in locating a South Asian man who is wanted on an outstanding warrant for several charges and is believed to be staying in Surrey.

Cst. Kris Clark said that Ravinder Singh Mettla apparently walked away from a recovery house in Surrey in July 2014. A warrant was subsequently issued for his arrest for being unlawfully at large. Mettla left the house without his wallet or identification and will likely be relying on others for food and shelter. Mettla is not from the area but is known to have some connections in Surrey.

Police are asking for the public’s assistance in locating Mettla who is wanted for the offences of Forcible Confinement, Robbery, Extortion, and Break and Enter in connection with an incident in December, 2012 in Midway, BC.

Anyone with any information regarding the whereabouts of Ravinder Singh Mettla is asked to call their local police or remain anonymous by calling Crime Stoppers at 1-800-222-TIPS (8477).