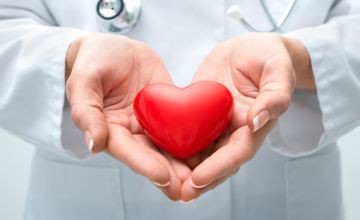 London, July 7 (IANS) A protein named after the famous Hollywood movie Rambo which was earlier thought to be causing death can in fact protect against heart failure, says new research.

The research done at King’s College London may help scientists to develop new therapies to improve the outlook for people suffering with heart failure, a condition for which there is currently no cure.

“The research has shed light on the misunderstood Rambo protein which may, in fact, protect heart cells from death in heart failure, revealing a possible target for therapy. Further research is now needed to develop methods to control the activity of the protein in heart cells,” said Jeremy Pearson, associate medical director at the British Heart Foundation.

The Bcl-Rambo protein (also known as Bcl2-L-13) was named by a Japanese scientist because it was thought to be involved in activating cell death.

“The discovery of the Rambo protein’s importance in protecting cells represents a significant step forward in the understanding of disease processes at the cellular level,” Pearson said.

“Mitophagy is linked to a number of diseases and is of growing interest to scientists. As well as heart failure, neurodegenerative diseases, such as Alzheimer’s disease and Parkinson’s disease have all been linked to problems related to mitophagy,” said lead author Kinya Otsu from King’s College London.

The study was published in the journal Nature Communications

July 2015 was warmest month ever recorded for the globe: NOAA