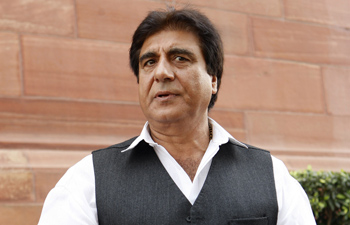 Raj Babbar will replace Nirmal Khatri, who has now been appointed chairperson of the Screening Committee.

Imran Masood is the son of senior Congress leader Rashid Masood. Imran is a controversial Muslim leader who had threatened to chop into pieces Prime Minister Narendra Modi in the run-up to the 2014 parliamentary elections.

Raj Babbar, a three-term Lok Sabha MP, is currently a Rajya Sabha member from Uttarakhand. He was elected to the Rajya Sabha in 1994. He is also spokesperson of the party.

Born on June 23, 1952, Raj Babbar acted in more than 150 films and 30 plays. He received the ‘Yash Bharti’ honour from the Uttar Pradesh government.