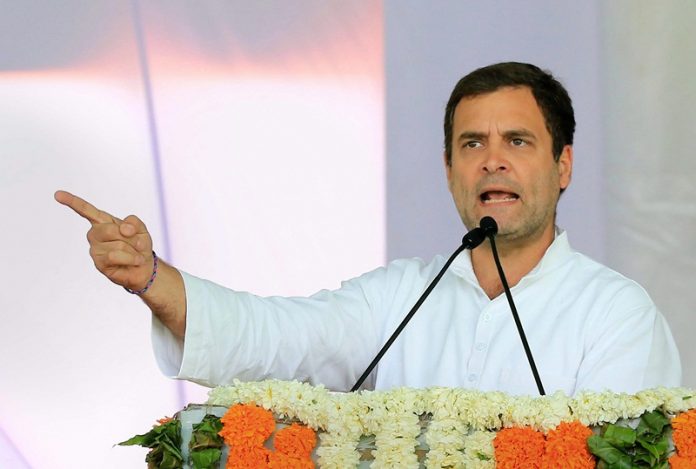 New Delhi: Congress President Rahul Gandhi on Tuesday said the Bharatiya Janata Party (BJP) government slapped on people demonetisation and “Gabbar Singh Tax”, while his party would give them the ‘Nyay’ income guarantee scheme and “real” GST if it comes to power.

“They did demonetisation and Gabbar Singh Tax. We will give NYAY and a real GST. NYAY= Surgical strike on poverty = Rs 72,000 a year to India’s poorest 20 per cent,” he said on Twitter.

Priyanka Gandhi Vadra, Gandhi’s sister and Congress General Secretary for eastern UP, said the Nyay scheme will empower women. “Happy that under the NYAY scheme, women will receive Rs 72,000 directly into their accounts. Empower a woman, empower a family,” she tweeted.

The Congress President had on Monday announced that Rs 72,000 per annum will be provided to five crore households and 25 crore individuals directly under the NYAY scheme.