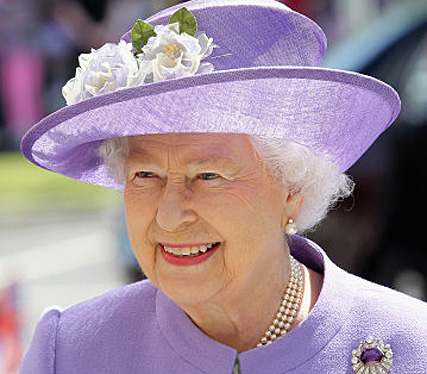 The Saudi king died early Friday from a lung infection at the age of 90.

Queen Elizabeth II, who ascended to the throne in 1952 on the death of her father, King George VI, will turn 89 this April. She is older than Malaysian Sultan Abdul Halim Muadzam and King Bhumibol Adulyadej of Thailand, both aged 87.

The British queen, who celebrated her Diamond Jubilee (60 years of reign) in 2012, has been married to Prince Philip, Duke of Edinburgh, for 67 years.

The royal couple have four children, of whom Prince Charles,66, is the oldest and heir to the throne.

Elizabeth II is the oldest monarch in the history of Britain as her great-great-grandmother Queen Victoria (1819-1901), died at the age of 81.

However, Victoria still holds the record for longest-reigning British monarch as she occupied the throne for 63 years, a record Elizabeth II may yet break if she continues to reign until Sep 9, 2015, according to estimates by Buckingham Palace.