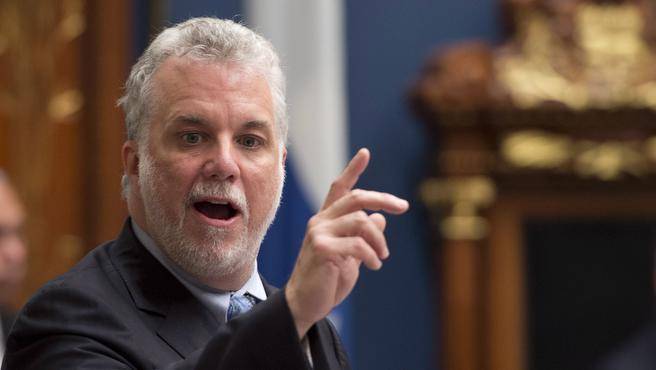 QUEBEC: Premier Philippe Couillard will sponsor a Syrian refugee family with the help of other people in his riding north of Quebec City.

Couillard told Le Quotidien newspaper he will be part of a group seeking to collectively sponsor a displaced Syrian family, a process that could take several weeks.

The premier said the idea came to him as he was speaking to his wife about the photo of three-year-old Alan Kurdi, who died along with his mother and five-year-old brother as they tried to reach Europe last week.

“My wife Suzanne and I decided to be part of a sponsorship group,” Couillard told the paper. “I have already contacted people, people with big hearts, who decided to make this gesture then with us.”

He said he wants the family to come and settle specifically in the Lac-Saint-Jean region.

Last week, Couillard said Quebec was ready to accept more refugees in the province given the flood of people fleeing the war-torn country.

He said Quebecers have historically been very generous and can do their part this time around, be it through donations or sponsorship.

“Distance does not mean the same thing it did before,” Couillard said. “The photo of little Alan entered directly into our homes. This Syrian refugee crisis is the greatest humanitarian crisis of refugees since the Second World War. We are literally talking about millions of people.”

The province announced Monday it was prepared to accept 3,650 Syrian refugees before the end of 2015 _ 2,450 more than it had originally planned.

“To be able do that, we need the collaboration of the federal government,” Quebec Immigration Minister Kathleen Weil said in announcing the increase.

The Conservative government has committed to accepting 10,000 Syrian refugees over the next three years.