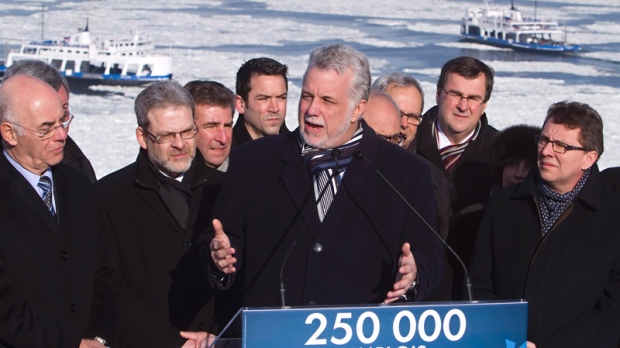 MONTREAL: The Quebec government has announced a $9-billion plan to develop the province’s maritime infrastructure.

Premier Philippe Couillard says he hopes the private sector will contribute $4 billion of the amount.

Some of the projects are related to tourism, fishing and transportation along the St. Lawrence River.

Part of the plan includes creating a maritime transportation logistics hub in Contrecoeur, about 60 kilometres north of Montreal, and another one in Vaudreuil-Soulanges, just west of the city.

The government’s original cost estimate for the project was $7 billion.

Quebec’s union of municipalities as well as the Canadian Federation of Independent Business welcomed the announcement.