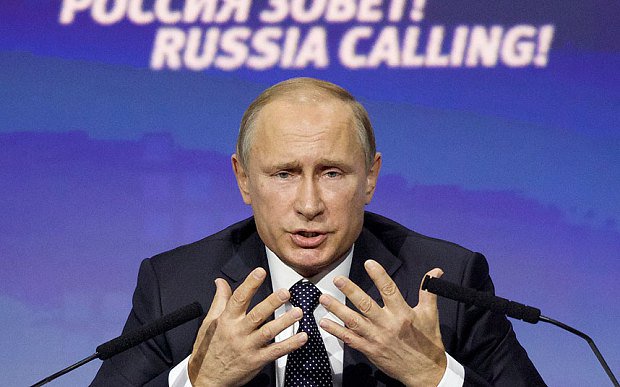 Astana, Oct 15 (IANS) Russian President Vladimir Putin showed disappointment on Thursday at the US refusal to receive a delegation for talks over the Syria crisis.

“It appears that the weakness of the US position in this case results from the absence of any agenda on these issues; it probably just has nothing to talk about,” Putin told reporters after a meeting with Kazakh President Nursultan Nazarbayev, Xinhua reported.

Putin said on Tuesday that Russia proposed to organise a high-level meeting in Moscow or in Washington to discuss the Syrian crisis, and the Russian side could be led by Prime Minister Dmitry Medvedev and include top officials from the military and special services.

But according to Russian Foreign Minister Sergei Lavrov, Washington replied it has no intention to send a delegation to Moscow or to receive a delegation in Washington.

Calling Washington’s position “non-constructive,” Putin said he did not understand how Washington could criticize Moscow’s actions in Syria in the fight against terrorism, since it has refused a direct dialogue in important areas, such as a political solution to the crisis.

However, Putin said the door for cooperation is still open.

“We look forward to a dialogue with all parties concerned with the complex process, including with US partners,” he said.

Abu Salem, five others held guilty of 1993 Mumbai blasts; one...