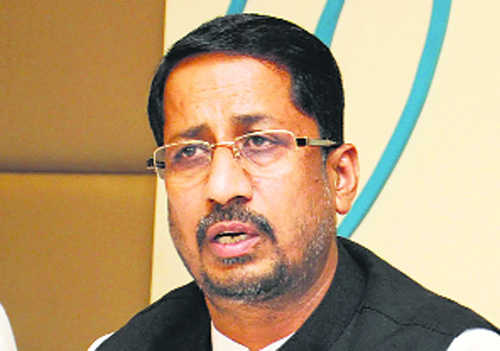 Chandigarh, Aug 26 (IANS) Strongly opposing the move by Punjab’s Medical Education Minister Anil Joshi to give a clean chit to doctors who were indulging in the unethical practice of being “ghost teachers” in various medical colleges at the same time, the Punjab Medical Council (PMC) on Tuesday said that it not stall proceedings against them.

Several doctors involved in private practice in Punjab were earlier found to be on the faculty list of medical colleges in various states at the same time. This was being done by the medical colleges to obtain clearance from the Medical Council of India (MCI) for running their medical colleges without engaging regular and specialist teachers on full-time basis.

In a strongly-worded letter to Joshi on Tuesday, PMC president G.S. Grewal said that he and the PMC were shocked and anguished over the clean chit by the minister and asking the PMC to stop the ongoing probe against the delinquent doctors.

Expressing strong reservation over the minister’s interference, Grewal said that the PMC was a statutory body and will not stall its proceedings against the ghost doctors.

“The Registrar-PMC is therefore duty bound to call a meeting of the committee to look and inquire into the issue of ghost doctors on September 18, 2015, at 11 a.m. in the PMC office and send notices to all ghost doctors registered under PMC without any exception,” he said in his letter.

Grewal claimed that the minister had not been informed about the issue properly.

The PMC, during its inspection of four private medical colleges located in Punjab, Haryana and Himachal Pradesh earlier this year, had found 436 ‘ghost teachers’ on the rolls of the medical colleges.