Bruce Kehler is the President of Canex Building Supplies Ltd., a long established business based in Chilliwack, doing business, primarily with the professional builders and developers throughout the Fraser Valley and Lower Mainland, and beyond, including Whistler, Powell River and Prince George.

From it’s founding in 1983, by Chilliwack brothers Bert and Gerry Van den Brink, the company focused on both the retail and contractor markets and has actively pursued and built its clientele primarily for the professional builders, contractors and developers in the residential, commercial and agricultural sectors.

When Kehler bought the business from the Ven den Brink brothers in January of 1994, it was doing $12 to $15 million per year, with fewer than 20 employees. When he finished this past year, the company had grown to just over $60 million in sales with 80 to 100 employees.

The growth is no surprise given the history of its president, supported by his strong partners, his management team who are the nephews of the founders.

“I am the guy at the front end,” says Kehler, “but I can’t do it without my partners, the Bruce van den Brink, Brian Wierks and originally Barry van den Brink, who sadly has passed away. Brian DeVisser, also a family member has now come aboard. They have the strong family and local connections, and long experience having grown up in the business.”

If anyone had a destiny in business, it was Bruce Kehler who started seeding his career earning his own money at the age of seven in Campbell River.

“I remember an ad in the Winnipeg Free Press Weekly magazine, where you could buy packages of garden seeds, vegetable seeds and flowers, for maybe $20, which represented $50 worth of product if you sold it all. I borrowed the money from my mother, and when the package arrived, I went around the neighbourhood selling my carrot seeds, cucumber seeds and so on until I’d recovered enough money to pay my mother off. The remaining seeds were the least desirable but that’s where all my profit was. So I had to figure out how to turn the balance of the inventory, into cash. So that’s where I started buying and selling.”

The oldest of four children he was always working for the neighbours, weeding their gardens, cutting their grass and looking to provide whatever services he could. By age thirteen, he was walking up and down the roads with a gunnysack picking up pop and beer bottles.

“At fifteen I got an after school and Saturday job at a building supply dealer in Campbell River,” said Kehler, “I kept the store clean, kept the moulding bins organized and took out the garbage.” 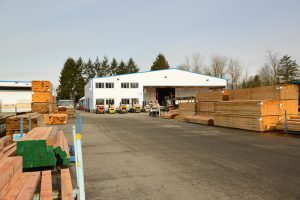 But not knowing any expectations or limits, Bruce would hustle through everything in an hour, out of a two-hour shift. He’d then be asking the manager for more work.

“When he realized I could handle more,” said Kehler, “he gave me the opportunity to price the in-coming freight, which had to be done manually including calculating all the mark-ups and margins, adding price labels and cost codes. Pretty soon I was pricing and putting all of the incoming product on the shelves and ultimately, ordering. Lumber yards in those days were pretty basic and I remember one manager who wanted to expand his product lines. Paint was first. There was a company in Victoria called Empress Paints, and the store manager told me to take a corner of the store and make a paint department out of it.” 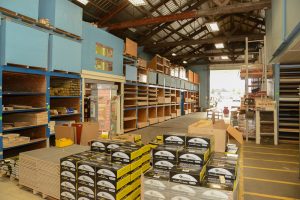 Without the luxury of the internet, this is the late sixties, Kehler learned what he could and set up the paint department. Must have worked because the next request was to set up a plumbing department, then electrical, then lighting fixtures.

“I didn’t know what to do,” he said, “so I made friends with the trades people, and asked them to show me how the pieces worked, then advise me on their needs and what products I should sell, how they worked, and how to install them. I was then able to be a resource to my customers.”

By grade eleven, Kehler was able to compress his school day into the morning, and still go to work full time. When he graduated, he was offered the assistant manager’s job, and, as he puts it, somehow muddled through. But feeling the need to stretch himself, he looked at other opportunities, away. He took a job at the Overwaitea in Squamish in 1972, but after nine months in, he realized it wasn’t for him and went to work at the pull mill in Woodfibre. During his off-shift time he started working for a shift-mate building houses in Lions Bay and Squamish, and ultimately found himself juggling five part time jobs including working as a sheet metal installer and running a janitorial service on the side.

“I finally figuring out that I could make as much at Garibaldi Building Supplies as I could working my five part time jobs,” said Kehler, “so in 1974 I’m back in the building supply business, moving up the ladder, was doing well when four years later, the owner died. I told his partner I wanted the job of managing the company, and he took a chance and gave me the job.”

By 1980 Kehler was Junior Partner, by 1985 he owned half of the company, set up a group of building supply companies in Lillooet and Prince George and at 38 years old owned half of four stores in Squamish, Whistler, Lillooet and Prince George, a carpet store in PG called the Rug Bug, two sawmills AJ Forest Products and Beck Sawmills in Squamish, had a motor carrier license and was running three super trains. 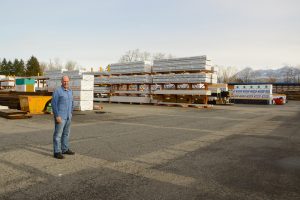 “I had 250 employees, owned half the companies, and I’d started with nothing. It was at that point, my partners bought me out and I retired at 38. In Squamish, I was a partner in developing Garibaldi Highlands and Glacierview Estates. People ask how I say that I’m too dumb to know that I can’t. If I found something I truly believed in I was always able to find the money. If I had a good idea I could find money. In 1990, I did $24 million in sales in all the business interests I held, had 150 employees, Fast forward to 2015, the total sales of all companies I’m involved in is over $250 million, with over 300 employees. You’re always running on adrenalin and fear. I’ve been through three or four major downturns in the economy, there were times that I owed more than my liquidity, quitting wasn’t an option.”

Kehlor says the agriculture community is a big supporter of Canex, and Chilliwack is growing, “and we’re growing our business into the whole valley and beyond, with particular attention to the various ethnic communities who are strongly in to development and construction.”

“Our stores are designed for the builder, from foundation to finish,” he says. “If you speak to someone about a project in the morning, later in the day you can talk with the same person, who will have the knowledge of the earlier consultation. We have continuity in the staff that will serve the builder.”

Kehlor describes the western part of the valley as limiting in its growth because of the mountains, the ocean and the US border. “The only growth direction is east, with the freeway and Port Mann bridge it’s easier to commute into the city from here. We are changing as our market is changing.”

“My style and thinking is that I see no gender and I see no colour. Twenty years ago, Canex was serving the primarily Dutch community. Now we’ve got many different nationalities on staff, and at least one-third of my workforce is female. Changing that balance was something I embarked on twenty years ago. My main mission now is to spread our name in the western part of the valley. The Indian, Chinese, Korean and Pakistani communities include many of the region’s biggest developers, contractors and trades people. My time is now dedicated to developing contacts building those contacts in these communities.

Jesse Sahota: Bringing the “At Risk” back