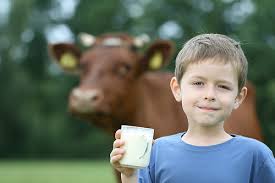 New York, Sep 22 (IANS) A probiotic formula when given to infants who developed intolerance to cow’s milk has reversed the food allergy by increasing gut bacteria associated with good health, new research shows.

The newly tolerant infants had higher levels of several strains of bacteria that produce short chain fatty acids, such as butyrate, which help maintain gut health.

There has been an unprecedented increase in food allergies in developed countries, rising by as much as 20 percent in the past decade.

Allergy to cow’s milk is one of the most common, occurring in up to three percent of children worldwide.

“The discovery of bacteria that drive tolerance to problem foods like cow’s milk could be crucial to developing new treatments to help children with food allergies,” said Cathryn Nagler from the University of Chicago and lead author of the study.

Overall, the gut microbiome of infants with a cow’s milk allergy was significantly different than healthy controls, suggesting that differences in the structure of the bacterial community indeed influence the development of allergies.

This further suggests that tolerance is linked to the acquisition of specific strains of bacteria which produce butyrate.

“The gut bacteria of infants who developed tolerance to cow’s milk after treatment with probiotic formula showed significant differences from those who remained allergic,” the researchers noted.

“The ability to identify bacterial strains that could be used as novel therapeutics for treating food allergies is a fundamental advance,” noted Jack Gilbert from the University of Chicago.

The paper was published in The ISME Journal.

Delhi’s Aurangzeb Road not to be renamed