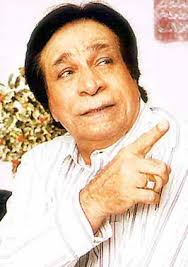 The President tweeted: “Sad to learn about the passing of veteran actor and dialogue writer Kader Khan. His versatility, from comic to negative roles, and the films he embellished as a writer are still remembered. Condolences to his family, friends and fans.”

Modi tweeted: “Kader Khanji brightened the screen with his stupendous acting skills and lightened it, thanks to his unique sense of humour. He was also a prolific screenwriter, associated with many memorable films. Saddened by his demise.”

Union Textiles Minister Smriti Irani said: “If you were a late 80s-90s kid who watched Hindi films, chances are you encountered the magic of Kader Khan. Never had the privilege of meeting him but if I ever had I would say ‘thank you for the laughter, thank you for your craft’.”

Congress spokesperson Randeep Singh Surjewala said: “My deepest condolences on the passing away of legendary icon Kader Khanji. A prolific actor, widely admired writer and director, he provided a cathartic impact on his audiences.”

Kader Khan passed away after a prolonged illness in Toronto late on Monday (4 a.m. IST). He was 81.