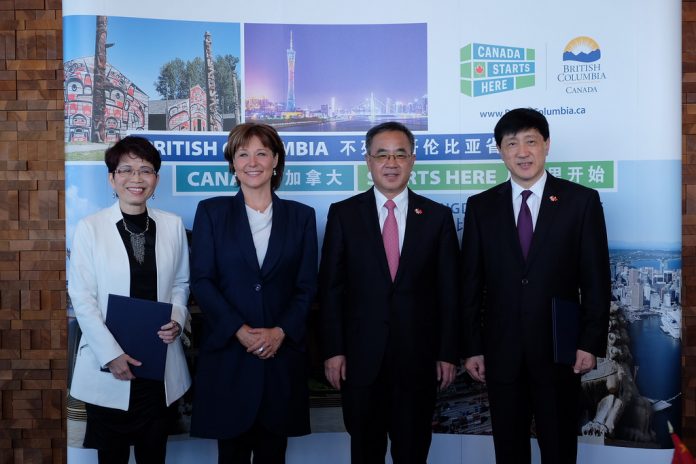 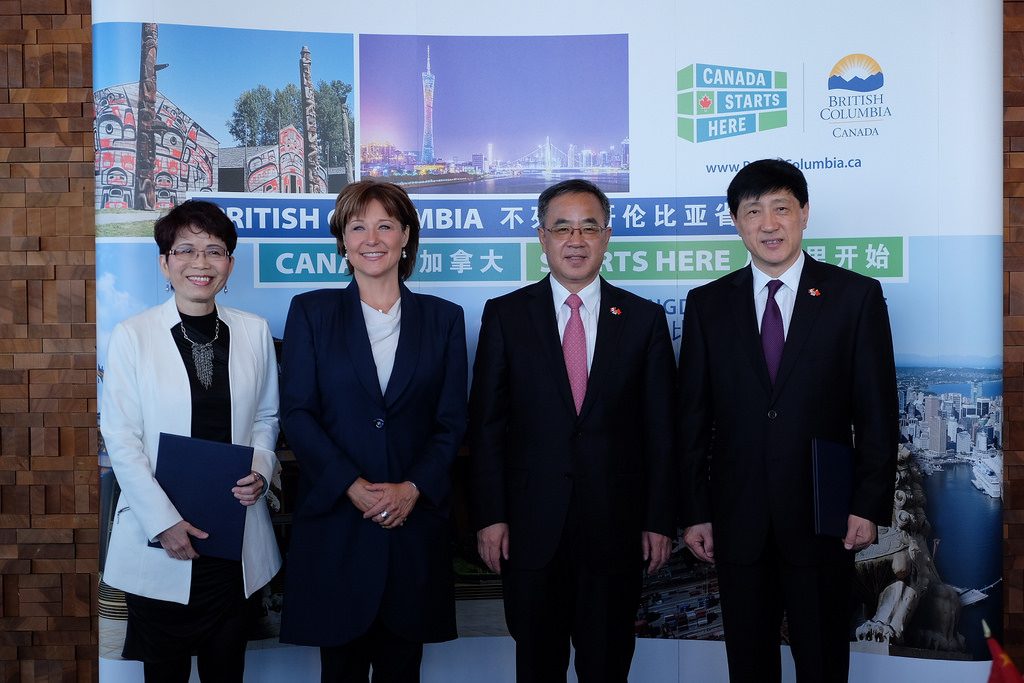 Vancouver: Premier Christy Clark met with a delegation of high-ranking government officials from the Guangdong province of China this morning to agree on shared actions to strengthen historic ties and take co-operation in new directions.

The delegation of more than 200 business and government officials was led by His Excellency Hu Chunhua, Member of the Politburo of the Communist Party of China (CPC) Central Committee and Party Secretary of the Guangdong Provincial Committee.

During the visit, Premier Clark and Party Secretary Hu discussed the need to continue building on the Memorandum of Understanding (MOU) signed by Premier Clark and Governor Zhu Xiaodan in November 2015. Developed during the 20th anniversary of sister-province relations between British Columbia and Guangdong province, the MOU committed the two provinces to expand and strengthen their cooperation on climate change and low carbon development.

Premier Clark and Party Secretary Hu also discussed opportunities associated with China’s One Belt One Road Initiative, Guangdong’s importance as the pioneer of China’s economic reform and opening up, as well as British Columbia’s Pacific Gateway Strategy and importance as Canada’s only Pacific province. They expressed an interest in sister-province collaboration in the areas of low carbon development and clean technology, e-commerce and information communications technology, education, and trade and investment. Specifically, they agreed to:

China is British Columbia’s second-largest trading partner and is identified as a priority market in the BC Jobs Plan. Hosting delegations is a critical part of British Columbia’s strategy to strengthen and diversify its international trading partners and secure new investment, propelling economic activity and job creation throughout the province.

“Today’s meeting was another example of our commitment to strong sister-province relations with Guangdong and working together to address climate change. China is actively exploring alternative energy and adopting clean technology, areas where B.C. excels. We are working together to grow trade and investment in this sector and create opportunity and jobs in British Columbia,” said Christy Clark.

BC Children’s Hospital Foundation and Coast to Coast Against Cancer Foundation...