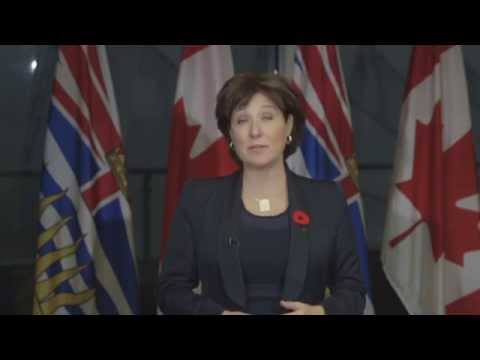 By Dirk Meissner, THE CANADIAN PRESS

VICTORIA: At least 500 British Columbia aboriginal leaders are set to meet this week with Premier Christy Clark on how all sides can deal with the implications of a historic land rights ruling from Canada’s highest court.

The decision that granted aboriginal title to the Tsilhqot’in Nation in B.C.’s central Interior permeates all government and First Nations relations, including potentially lucrative and environmentally sensitive resource projects.

The June 2014 court ruling, which Tsilhqot’in Chief Roger William calls a legal weapon, is poised to dominate proceedings at the gathering, set for Wednesday and Thursday.

Clark said last year’s all-chiefs meeting, which marked the first time First Nations leaders met with a government and its cabinet, was a major step in the long road towards reconciliation rather than a retreat back to courtrooms.

However, First Nations leaders left disappointed, saying the province did not adopt their document, which sought to establish government support for aboriginal rights and title to lands, including revenue sharing.

But a spokeswoman the First Nations Summit, B.C.’s largest aboriginal organization, said she expects the chiefs will now debate a proposed joint government-First Nations document with the aim to move towards reconciliation.

Cheryl Casimer said the chiefs were not prepared to attend the gathering without such a potential deal.

“We said there’s no way the leadership council is going to be asking the (First Nations) leadership in this province to come back together in September for just a photo-op,” Casimer said. “We need to have something. There needs to be something substantial.”

Casimer called the package a “form of a commitment document working on a joint agenda, a joint action plan on how to be able to move forward based on the principles of Tsilhqot’in,” she said of the landmark court ruling.

Clark has said ignoring the Supreme Court of Canada decision would put B.C.’s future in peril. She said she wants to use the ruling to work together with aboriginals.

The Tsilhqot’in were granted over 1,750 kilometres of land in the remote Nemiah Valley southwest of Williams Lake. It was the first time in Canadian history that a First Nation was given title to such a vast piece of land.

Chief Joe Alphonse, one six Tsilhqot’in Nation chiefs, said the ruling ensures First Nations are involved and can influence decisions being considered by government and business.

“They’ve had control of our resources, and with this court case that shifted that balance of power back to a more respectful place for First Nations people,” he said.

Alphonse said the Tsilhqot’in and B.C. government are close to signing a separate deal that sets the ground rules for governance decisions from parks, permits and investments in Tsilhqot’in territory.

The agreement was scheduled to be complete last spring, but “we’re coming close to where we want to be,” he said.

Casimer said the talks scheduled for this week include individual First Nations meeting with cabinet ministers and one-on-one meetings between the premier and chiefs.