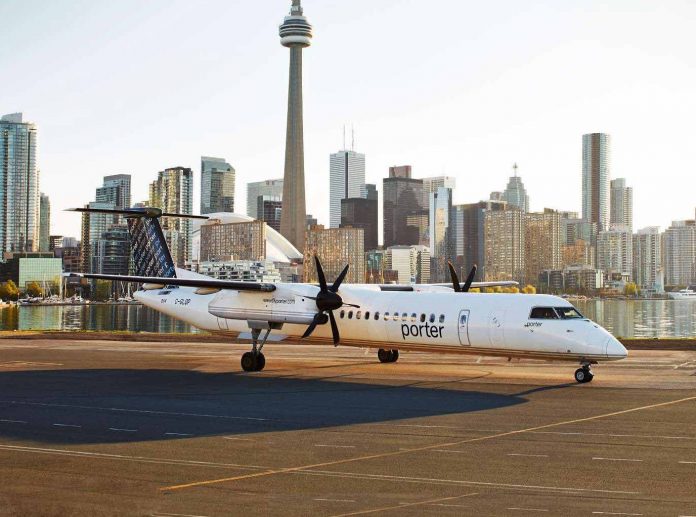 Ottawa: The Canadian Radio-television and Telecommunications Commission (CRTC) announced that Porter Airlines Inc. has agreed to pay $150,000 as part of an undertaking for alleged violations of Canada’s anti-spam legislation. Once made aware of the investigation by the CRTC, Porter Airlines was cooperative and immediately took corrective actions to comply with the legislation.

An investigation launched by the CRTC’s Chief Compliance and Enforcement Officer alleged that Porter Airlines failed to comply with various requirements of the law between July 2014 and April 2015. The company allegedly sent some commercial emails that did not contain an unsubscribe mechanism. In other instances, it is alleged this mechanism was not clearly or prominently set out. Certain emails also allegedly did not provide the complete contact information as required by the law. Porter Airlines also allegedly failed to honour, within 10 business days, requests from some recipients to unsubscribe from receiving future commercial emails.

In addition, for certain emails sent between July 2014 and February 2015, the company was unable to provide proof that it had obtained consent for each electronic address that received its commercial emails.

As part of the undertaking, Porter Airlines will improve its existing compliance program to ensure that its activities, going forward, are fully compliant with Canada’s anti-spam legislation. The enhanced compliance program will include increased training and education for staff and improved corporate policies and procedures.

The CRTC is assessing complaints submitted to the Spam Reporting Centre that are under its mandate and a number of investigations are currently underway. The CRTC is working with its partners, both within Canada and internationally, to protect Canadians from online threats and contribute to a more secure online environment.

The CRTC can discuss corrective actions with individuals, firms or organizations, which may lead to an undertaking that includes an amount to be paid and other corrective measures. As part of its powers, the CRTC can also issue warning letters, preservation demands, notices to produce, restraining orders and notices of violation. Moreover, the CRTC can ask a court to issue a search warrant or an injunction.

Canadians are encouraged to report spam to the Spam Reporting Centre. To ensure the CRTC has enough information to conduct an investigation, the report should include the full email (including the message’s header) and a description of why the email is considered to be spam. Information sent to the Centre is used by the CRTC, the Competition Bureau, and the Office of the Privacy Commissioner to enforce Canada’s anti-spam legislation.

Porter Airlines has voluntarily entered into an undertaking with the CRTC’s Chief Compliance and Enforcement Officer for alleged non-compliance with Canada’s anti-spam legislation.

As part of the undertaking, Porter Airlines has agreed to make a $150,000 payment, comply with Canada’ anti-spam legislation and improve its existing compliance program.

Manon Bombardier, CRTC Chief Compliance and Enforcement Officer said, “We appreciate that Porter Airlines took corrective action once it became aware of our investigation. The company has voluntarily entered into an undertaking and committed to comply with Canada’s anti-spam law. This is a great outcome for Canadians, and we encourage them to continue to report suspected violations to the Spam Reporting Centre.

This case is an important reminder that to be fully compliant with the law, proof of consent is required for each electronic address. Some businesses are under the mistaken impression that they are compliant with the law by relying on general business practices or policies as proof of consent for the majority of the electronic addresses to which they send their commercial emails. This is simply not the case.”

Many obstacles for Canadian Pacific Railway takeover of Norfolk Southern