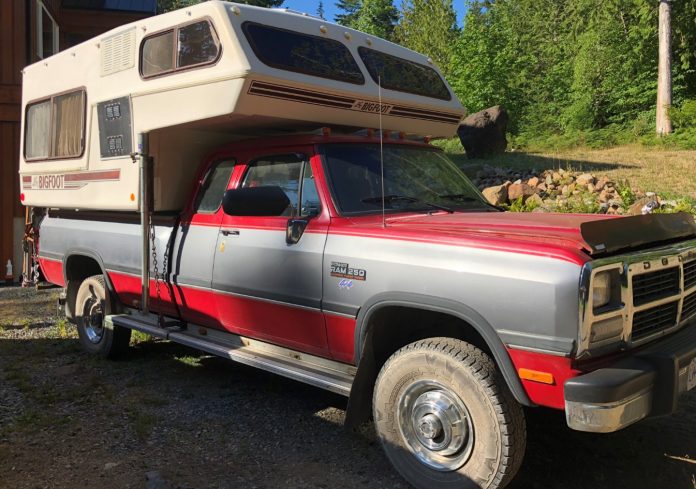 On July 19, the Dease Lake RCMP responded to a vehicle fire south of Stikine River Bridge on Highway 37.  While investigating the vehicle additional information led police to discover a body at a nearby Highway pullout.

As a result of the ongoing investigative efforts, police are now seeking the public’s assistance in locating two young men who were driving the vehicle and are missing.

The BC RCMP are asking for the public’s assistance in locating 19 year old Kam McLeod and 18 year old Bryer Schmegelsky from Port Alberni who have not been in contact with their family for the last few days and were driving the vehicle found on fire 50 km south of Dease Lake.

Kam and Bryer were travelling through BC to visit Whitehorse in the Yukon Territory to look for work.  It is not clear why they returned to BC and what their travel plans may be.

“Kam and Bryer have periodically connected with family and friends over the past week and it is possible that they are now in area without cell coverage”, says Dawn Roberts, BC RCMP Communications.
“However, we have found their vehicle and have not been able to locate either of them at this time. We are asking for Kam or Bryer to connect with police right away and let us know you are okay.  Or we ask
that anyone who may have spoken to or seen them over the last few days to call police so we can get a better understanding as to where they might be or their plans.”

The two were travelling in a red and grey Dodge pickup truck with a sleeping camper and BC License plate LW6433. They were last seen travelling south from the Super A general store in Dease Lake at around 3:15 pm on Thursday July 18.

Police can also confirm that the deceased person located about 2 kms away from the vehicle fire is not Kam or Bryer, but is believed to be a male that we are working to identify.  It is unclear at this time how
this deceased male might be connected with vehicle fire or the two missing men.

Police acknowledge there are growing community concerns about the ongoing homicide investigations in northern BC.  The Dease Lake incident occurred on July 19, 2019 and the other incident occurred between July 14-15, approximately 470 kilometres away.

At this time, investigators are sharing information and police would like to ensure awareness around both investigations. The RCMP would ask the public to continue to take any general safety precautions and remain vigilant at this time.  We also remind travellers to share your plans with family and friends, establish check-in times and notify someone if your plans change.