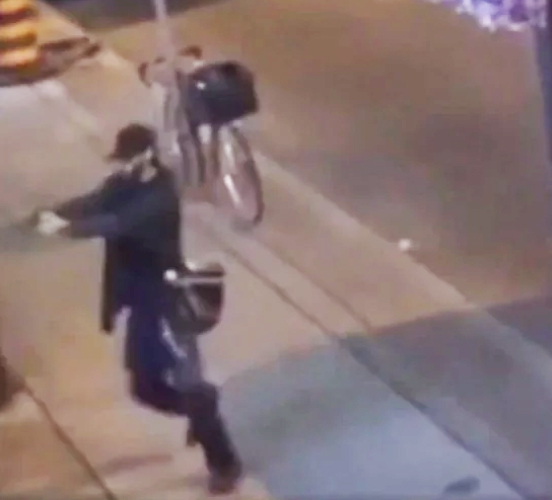 Toronto: Two people were killed, and 12 others were injured when a man armed with a handgun fired into restaurants and patios in a popular Toronto neighbourhood on a warm Sunday night, authorities said Monday.

Police said the suspected gunman exchanged fire with officers and was later found dead in the area. There was no immediate word on a motive.

The incident began around 10 p.m. in the city’s Greektown, an area home to dozens of restaurants, small businesses and family homes.

Ontario’s police watchdog said the 29-year-old suspected gunman, whose identity has not been released, moved down Danforth Avenue, spraying bullets along the way. The Special Investigations Unit said the man later exchanged gunfire with police officers and was eventually found dead in the area.

The arm’s-length agency that probes incidents involving police in which someone is killed said it has opened an investigation into the alleged gunman’s death.

Several blocks in the heart of Greektown were surrounded by yellow police tape Monday morning, and nearly all local businesses were closed.

No information had yet been released about the two shooting victims. Police Chief Mark Saunders previously said a woman was killed and a girl, aged eight or nine, was in critical condition.

Witnesses posted many photos and videos online, including a clip that appears to show a man, clad in black and carrying a satchel, walk a few steps before lifting his arms in front of him as gunshots ring out..

Neighbourhood residents visiting the scene of the shooting said they’re struggling to process the deadly incident.

“There’s a lot of good people here,” said Gord Cheong who lives blocks away. “There’s a lot of people who come to the Danforth, to Greektown, but it’s generally quite quiet. So, this is unusual, and disturbing.”

“My thoughts are with everyone affected by the terrible tragedy on the Danforth last night in Toronto, and may the injured make a full recovery,” he wrote Monday morning. “The people of Toronto are strong, resilient and brave, and we’ll be there to support you through this difficult time.”

Toronto Mayor John Tory called the shooting “a despicable act” and expressed outrage that someone had “unleashed such a terrible attack on our city and people innocently enjoying a Sunday evening.”

The mayor said the latest shooting happened as the city was still healing from a van attack that left 10 people dead just a few months ago.

In April, a white van mounted a sidewalk on a busy Toronto running down pedestrians.

“We were so used to living in a city where these things didn’t happen and as we saw them going on in the world around us (we) thought they couldn’t happen here,” Tory told reporters Sunday night, urging people to stay calm while police carry on their investigation.

Delta Police has added StarChase technology into its fleet