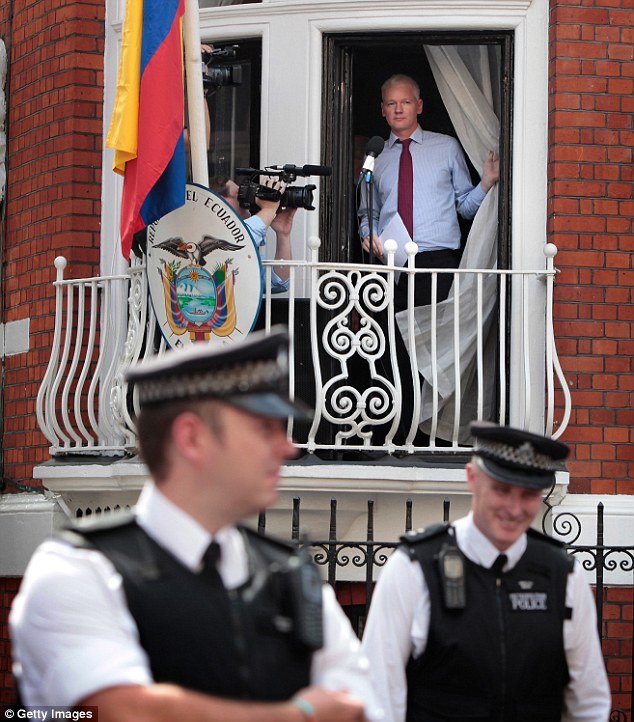 London, Oct 12 (IANS) A permanent police presence was withdrawn from the Ecuadorean embassy in London on Monday where Wikileaks founder Julian Assange has sought refuge since 2012.

Officers had been outside the embassy since Assange sought asylum in the mission since 2012 to avoid extradition to Sweden over a rape allegation, which he has denied, BBC reported.

The estimated cost of the police presence is more than 12 million pounds (about $18 million) so far.

The Metropolitan Police force said the permanent presence was “no longer proportionate”.

“The Metropolitan Police Service has to balance the interests of justice in this case with the ongoing risks to the safety of Londoners and all those we protect, investigating crime and arresting offenders wanted for serious offences, in deciding what a proportionate response is,” the force added in a statement.

However, it also said it would be deploying “a number of overt and covert tactics to arrest him”.

Assange sought asylum to avoid extradition to Sweden because he feared he would then be sent to the US and put on trial for releasing secret US documents.

Britian has paid for policing around the embassy in Knightsbridge, central London.

See from space those alphabets drawn by nature