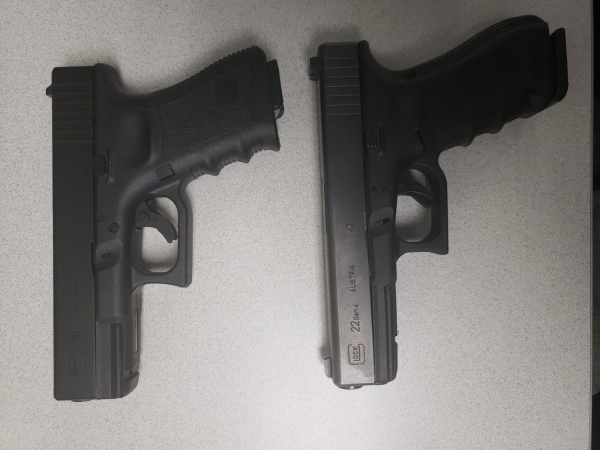 Delta: Officers were called to a bus stop in Tsawwassen this week after reports from the public of seeing two men with what appeared to be a gun. Police determined which bus the men boarded, and then intercepted the men leaving the bus in Ladner.

One of the men informed police he had just purchased a BB gun prior to getting on the bus, and had been inspecting it at the bus stop. He also showed police the receipt for the pistol.

“Unfortunately this pistol is nearly identical to a police service weapon,” says Cris Leykauf, spokesperson for Delta Police, “It’s not surprising that inspecting it or displaying the gun in public would be quite alarming.

“We want to take this opportunity to remind the public, and youths or others who might be drawn to these replica guns, not to display or brandish them in public,” she says. “Reports of a person with a gun are taken very seriously by police, and demand an immediate response.”

Police unsuccessfully attempted to explain why displaying the replica gun would be alarming to the public, and seized the Glock-style BB gun.