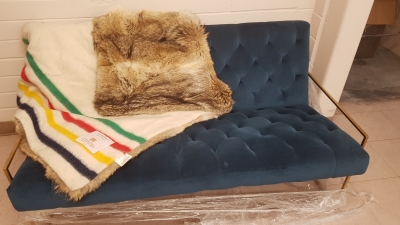 Delta: An eclectic collection of higher-end household goods and equipment was located last week by police in a stolen ‘sea-can’ or sea container. Now police want the public’s help to solve the mystery.

The goods include vintage MCM Danish teak furniture, a Hudson Bay point blanket wool throw with real fur on the flip side, welding equipment, a large frame print of a tree in fall colours, and an 8 foot totem pole.

The empty sea-can, valued at more than $3,000, was originally purchased from a Delta container company in late December, and delivered to Vancouver. In January the company determined the purchase was fraudulent, and was able to track the missing sea-can to a storage facility in Delta.

On January 22, 2019 Delta Police attended the storage facility and confirmed the identity of the missing sea-can. The next day Delta Police opened the can, and with the assistance of approximately 15 police officers, and about five City of Delta staff, transferred the contents of the sea-can to Delta Police headquarters. Now police are hoping the media and the public might be able to help identify the owners.

“Our officers have been through the contents of the sea-can, which would fill a 1-2 bedroom home, and there’s nothing to indicate who the owner is,” said Cris Leykauf, spokesperson for Delta Police. “Officers have tried to match the serial numbers of stolen items against police databases, but haven’t had any success. There are a number of distinctive pieces, which were wrapped in moving blankets and shrink wrapped carefully, and we’re hoping the public and media will help us locate the owners.” 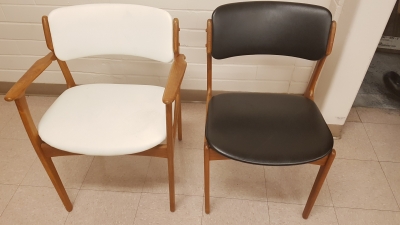 No arrests have been made at this point regarding the stolen property and the investigation is active and ongoing.

Anyone with information regarding the rightful owner/s of these goods is asked to contact Delta Police at 604-946-4411 regarding file 19-1556 and ask for Constable Sahota at ext. 4082.