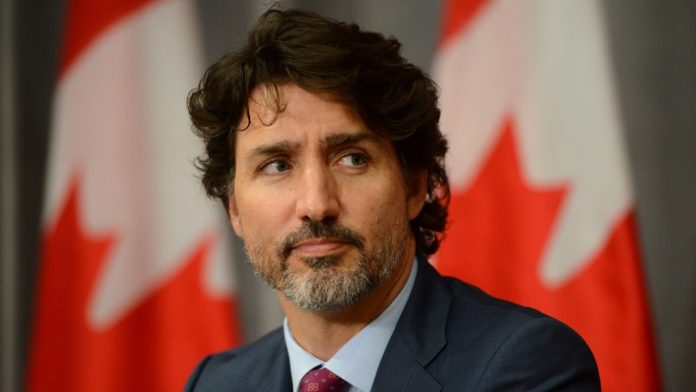 Ottawa: Justin Trudeau’s ethical conduct will be put under an opposition microscope today during a rare summer sitting of the House of Commons but the prime minister won’t be there.

Trudeau is on vacation with his family and his office says he won’t be cutting it short to attend the special parliamentary sitting.

It’s not clear that Finance Minister Bill Morneau will be there either.

Trudeau and Morneau are under investigation by the federal ethics watchdog for possible conflicts of interest arising from the government’s decision to hand the administration of a student grant program to WE Charity.

Both have close family connections to the charity and have apologized for not recusing themselves from the decision.

Trudeau’s office points out that the prime minister has already testified at length about the controversy before the Commons finance committee, as have Morneau, other ministers and senior bureaucrats.

But today’s sitting of the Commons offers a larger stage and more time for opposition parties to mount their attacks on the government’s alleged ethical lapses.

The chamber normally does not sit at all during the summer. Under special procedural rules adopted during the COVID-19 pandemic, the government agreed to have the Commons sit twice in July and twice in August.

Today’s sitting is to last almost four hours, with most MPs participating virtually along with a handful physically present in the chamber. The session includes 95 minutes for opposition MPs to grill the government in a sort of extended question period, and more than two hours for a “take-note” debate on the government’s response to the pandemic.

There is no opportunity for opposition parties to try to defeat Trudeau’s minority government with a motion of non-confidence which Conservative and Bloc Quebecois MPs have suggested they might otherwise be tempted to do given the ethical cloud hanging over the Liberals.

Opposition MPs may yet have another chance to grill Trudeau directly about the WE Charity affair. In two weeks, the Commons is to hold its second special sitting this month before resuming its normal schedule on Sept. 21.

They may try to call the prime minister as a witness before the multiple committees now probing the controversy.

The ethics committee has already invited Trudeau to appear; he has not yet responded.

The government operations committee is also to launch an inquiry into the affair once the finance committee wraps up its study. And the official languages committee is to meet today to consider a Conservative request that it too launch a study into why an anglophone charity was chosen to deliver the student grant program.

Many of the same witnesses have already appeared before multiple committees. Employment Minister Carla Qualtrough is to testify today at the finance committee, one day after testifying at the ethics committee.

On Tuesday, the ethics committee also heard from Youth Minister Bardish Chagger, the minister responsible for the grant program, and the top federal public servant, Ian Shugart  both of whom testified before the finance committee late last month.

Trudeau and his ministers, backed up by bureaucrats, have insisted that it was public servants who recommended WE Charity as the only organization capable of managing the student grant program, which has since been abandoned due to the controversy.

The government had budgeted $912 million for the program, which was supposed to encourage students to sign up for volunteer work related to the COVID-19 pandemic. However, the agreement to have WE Charity administer the program put the cost at $543 million.

WE Charity was to be paid up to $43.5 million under the agreement, which stipulated that the organization could not make money on the deal.

Trudeau has been a featured speaker at six WE Day events and his wife hosts a podcast for the group, for which they have not been paid. However, the charity has covered hundreds of thousands in expenses for Sophie Gregoire Trudeau as well as fees and expenses paid to Trudeau’s mother and brother for speaking at numerous WE events over the years.

One of Morneau’s daughters works for the organization, another has spoken at its events and his wife has donated $100,000. Morneau also revealed last month that he had repaid some $41,000 in expenses that WE had paid for him and his family in 2017 for trips to view two of its humanitarian projects in Ecuador and Kenya.

Opposition parties are also attempting to expand the ethical cloud to include the delivery of another emergency program this one to provide rent relief for small businesses during the pandemic.

The government handed responsibility for the program to the Canada Mortgage and Housing Corp. but the Crown corporation decided to contract it out to MCAP, a mortgage lender that employs the husband of Trudeau’s chief of staff, Katie Telford. The contract was initially worth $56 million when the rent-relief program was launched in May and later expanded to $84 million in July.

The PMO says Telford alerted the ethics commissioner in January, when her husband became a senior executive at MCAP, and was advised she didn’t need to set up an ethics screen. She nevertheless voluntarily set up a screen to ensure she would not be involved in anything that might benefit the company.