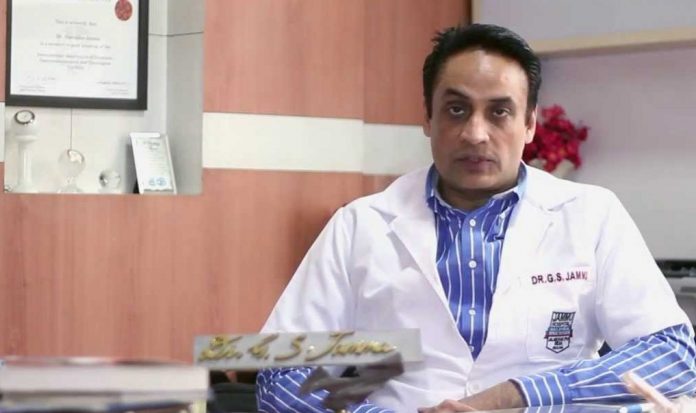 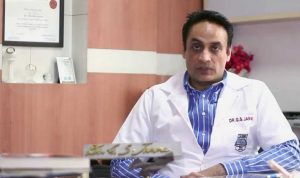 Dr. Gurvinder Singh Jammu, after doing his MBBS & MS from Dayanand Medical College, Ludhiana in 1995, worked and got trained in various hospitals across India in the field of Surgery. He is the pioneer in the region to start bariatric surgery in the year 2007. He has to his credit till date more than 1000 successful Bariatric surgeries. He performs variety of Bariatric surgeries like Mini Gastric Bypass, Roux-n-Y gastric bypass, Gastric Sleeve Resection etc. He is also faculty with Johnson and Johnson for training the budding surgeons in the field of Bariatric surgery. He is a course instructor at IFSO for MGB course.

Dr. Jammu has trained nationally and internationally with well-established living legends of bariatric surgery like Dr. Robert Rutledge (USA), Dr. Shashank Shah (Mumbai). Currently, he is national and international faculty and chairperson in many bariatric and metabolic conferences.

He established Jammu Hospital in 2004. This hospital is a pioneer in Bariatric/ Metabolic Surgeries in Punjab. Jammu Hospital started with 10 beds in the year 2000 and now it has now become Multi Super Specialty Hospital with 100 beds.

Q1: How did you start the practice, what was your inspiration and how are you helping people?

Dr. Jammu: I am a surgeon; I have been practising surgery in India for last 18 years now. I was into all types of advance surgeries, like Cancer Surgeries and other major Laparoscopic surgeries. In 2007, I entered into Bariatric surgery. The reason for stepping into this field was the rise in the incidences of obesity. Generally speaking the incidents of obesity in USare40% but in Punjab alone the incidents of obesity are 35% as compared to the national percentage of 10. Plus it was new challenge for me to deal with obesity surgically.

Q2: How are people reacting to it? Are they comfortable about getting the surgery done?

Dr. Jammu: Initially it was very difficult. When I started, I did only 9 surgeries in 2007 but now I perform almost 20 to 25 Bariatric surgeries every month. Initially people were very skeptical about the surgery. Numerous debates were going on in media and medical circles about the effectiveness and challenges of this type of surgery. But now the awareness about the various procedures under the Bariatric surgery has grown. There is positive word of mouth awareness spread by the patients who have undergone the surgery, it has really helped in building the trust of people into this scientific procedure.

Q 3: How weight is reduced through surgery, do you remove fat from body surgically?

Dr. Jammu: During surgery we don’t cut or remove fat from body. The fat is removed as the consequence of surgery. This surgery lowers the absorption of fat into body, and eventually the extra fat goes away, fat in blood vessels goes away, fat in tissues goes away. This also corrects the cholesterol levels. Type 2 diabetes, which is a decade old, gets corrected. With this surgery the metabolism is effected not just the fat. Sleep Apnea, snoring, joint pains all these things go into remission.Women with Polycystic ovaries have been able to conceive after the surgery. Bariatric surgery corrected their polycystic ovarian problem from 50% to 60%.

Q4. Are there any side effects of this surgery?

Dr. Jammu: There are no major side effects.There are different types of Bariatric surgeries. The most common surgery is gastric by-pass. It is oldest form of this surgery.The procedure has no major side effects; just one thing that a person has to take care of is to include minerals like Calcium and Vitamins and in case of young women and girls Iron in their daily diet since we reduce the food absorption which leads to decreased absorption of fat and some minerals. During the procedure a small segment of small intestine which is usually 5 to 6 metres long is by passed.Initially there will be hair fall in some cases but this will be reversed in 18 months to 2 years’ time. After surgery, Mediterranean type of diet which is high in protein and eggs, fish and chicken is recommended. Diet should also have high fibre content.

Q5. What is the cost of surgery? And is it cheaper in India?

Dr. Jammu: Surgery is performed everywhere in the world. The benefit of coming to India is that waiting time is much less and also the number of qualified doctors doing this type of surgery is more.The procedure is cheaper in India. One can get gastric bypass surgery done at a cost of $ 5500- 6000 CAD, this includes everything from tests, stay and surgery. It’s one hour surgery; in case of NRI patients we ask them to stay for 10 –12 days. Locals can go home after two days stay at the hospital. 70% patients I receive are from US, Canada, Australia. In India, I get patients from all over India. I also have patients of Caucasian origins who have come to India to my clinic to reduce their weight

Q6. How do you determine that a person is obese and right candidate for such surgery?

Dr. Jammu: There are different formulas; we consider Body Mass Index. Its ratio of weight divided by height square. There are different guidelines. For Caucasians it is different cut off point as compared to East Asians. For same weight the Caucasians will have more muscle mass and Asian shave more fat, therefore the BMI cut off varies. Hence for Asians we can do Bariatric Surgery at lesser weight and low BMIs while in case of Caucasians it is higher BMI. Normal BMI is between 18 -23. If the weight is 25 to 30 kg over in a given category then the person is ideal candidate for Bariatric surgery.

The BMI index for Indians/ Asians is 27.5 with conditions like, Diabetes, Hypertension, Polycystic ovaries, Joint pains, Snoring. Cut off point for an Asian patient who doesn’t have diabetes and other conditions is 30 BMI. It is very important to note that this surgery is only for those patients who are not able to control their weight with exercise and diet and have developed conditions that are hindering their day to day functioning and have become life threatening. We do full investigations before we decide to conduct any type of weight reducing procedure, like heart specialist evaluates elderly patients.For people who are younger than 18 years we do not do Gastric Bypass. We do a Gastric band and Gastric sleeve resection; we don’t want the rate of food absorption to be reduced and effect the growth in any way.

Q7. What was the age of youngest and oldest patient you have operated upon?

Dr. Jammu: The youngest patient I have operated was an 11 year old girl who weighed 135 kg. She had stopped going to school and she could not take even two steps without sweating. She dropped her weight to 84 Kg. Now she is 18 and we will have to do another procedure soon. So in some case we have to do procedures in stages. The oldest patient was 80 years old lady, she weighed 110 kg, and she was active and wanted to keep that lifestyle. Her BMI was 44.