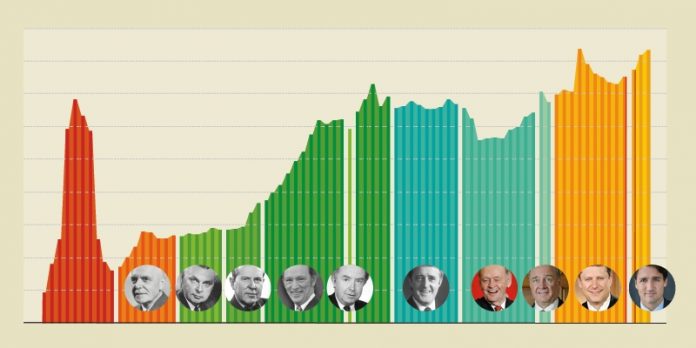 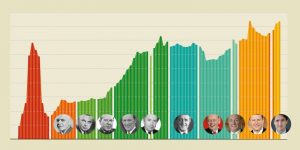 “Looking back at government spending in Canada since Confederation, this year stands out because unlike most other spending spikes, there’s no recession or war to explain it,” said Jason Clemens, executive vice-president of the Fraser Institute and co-author of Prime Ministers and Government Spending: A Retrospective.

The study, which tracks annual per person program spending by prime minister since Confederation (adjusted for inflation), finds that Prime Minister Stephen Harper recorded the highest per person spending in a single year in 2009 at $8,375 (in 2017 dollars).

Prime Minister Trudeau, in this year’s federal budget, has the second highest per person program spending at $8,337—just $38 less.

But whereas most marked increases in program spending over Canada’s history coincide with wars or recessions—notably the two world wars, the Korean War, the Great Depression and the 2009 recession—Prime Minister Trudeau’s historically high level of spending comes in the absence of a recession or war.

In addition to having the second-highest all-time spending level, Prime Minister Trudeau during his tenure also has the third largest average annual increase (5.2 per cent) in per person program spending since the Second World War, behind only Lester B. Pearson (5.3 per cent) and Louis St. Laurent (7.0 per cent).

“While wars and recessions obviously affect government spending, the rapid increase in spending observed recently coupled with deficits and growing debt can have real negative consequences for Canadians and the economy,” Clemens said.