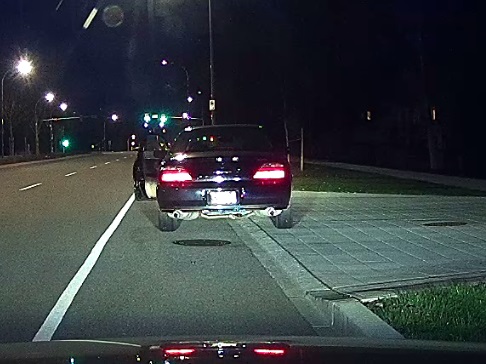 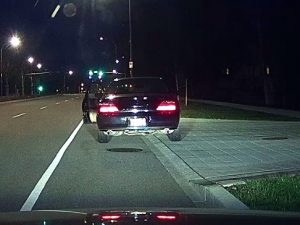 Surrey RCMP is asking the public to help identify the suspect in a hit an run collision involving a pedestrian. The collision occurred at approximately 8:00 pm on March 18, 2018 in the 2700 block of King George Boulevard.

The victim, a 38 year old woman, was crossing King George Boulevard from east to west in a pedestrian crosswalk when she was struck by a motor vehicle. The driver of the vehicle did not remain at the scene.

The pedestrian was transported to the hospital with serious but not life-threatening injuries.
Police obtained a witness video from the time of the collision and photos from that video are being shared with the public to assist in identifying the driver and their passenger. 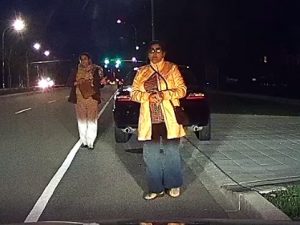 Police are asking the driver of that vehicle to come forward to tell their side of the story.
The suspect vehicle is a black 4 door sedan with a tan interior. Possibly an early 2000’s model Acura TL.

Police are also releasing a photo of a van, the driver of which may be a witness to the collision. Police would like to speak to the driver of the van.

Anyone with more information is asked to contact the Surrey RCMP at 604-599-0502.
If you wish to make an anonymous report please contact Crime Stoppers at 1-800-222-TIPS or www.solvecrime.ca. 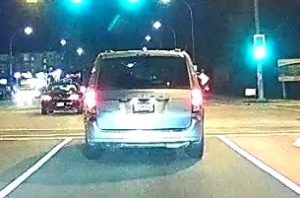