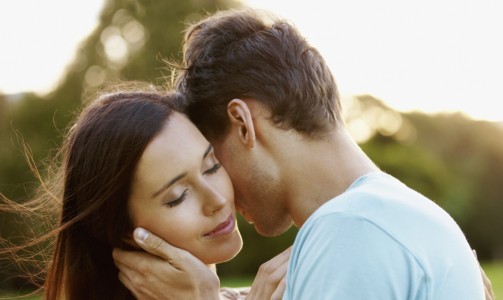 New York, March 30 (IANS) Women who are passionately in love idealise their partners’ faces, according to a new study which tried to find out how love affects people’s perception of their partners’ appearances.

For the study, heterosexual women were presented with two computer-generated male faces. Both originated from the same base image, but with “noise” overlaid to make them slightly different, Bustle reported.

Participants were asked to choose the face that looked most like their partner, after which they completed a Passionate Love Scale. Based on their answers to the survey, they were classified as being in high or low-passionate love. Researchers then created an “average” face for each group to approximate how each group of women viewed their partners.

A separate group of women rated the trustworthiness, competence and, of course, attractiveness of these average faces.

Researchers from Bilkent University and Indiana University teamed up for the study, published in PLOS One.

The researchers found that, overall, the representations of partners created by high-passion women were rated by other women as more trustworthy, competent, and attractive than those in the low-passion group.

The researchers pointed out that it was highly unlikely for all the high-passion women to have wildly attractive partners, so it must mean that they idealise their significant others.

Previous research has established that idealising your partner is an important feature of passionate love. In fact, it’s even been associated with longer and happier relationships because it creates a self-fulfilling prophecy.

When people think their partner is a bombshell, they excuse things that would normally bother them to no end, just because they think their significant other is awesome.