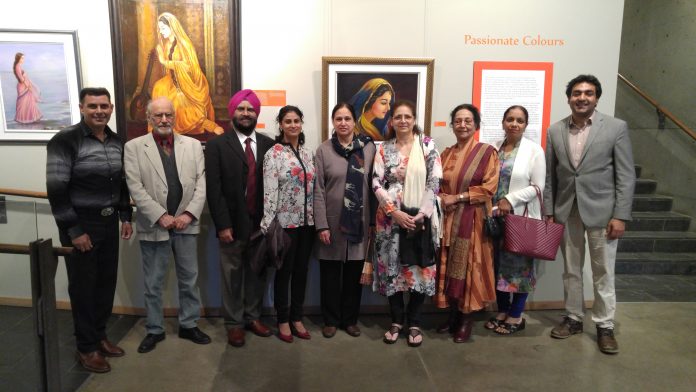 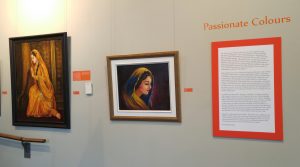 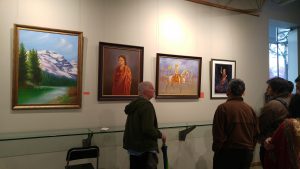 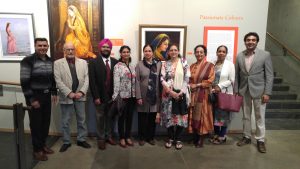 Surrey: A special exhibition of works of South Asian Artists is organized to celebrate Vaisakhi at Surrey Art Gallery. Titled ‘Passionate Colors’ the show began on 22nd April. Speaking at the opening reception renowned painter Jarnail Singh remarked that the South Asian Artist Guild was formed in 2011 when during the ‘From the Land of Five Rivers’ he got in touch with artists of South Asian background and as a result two shows, ‘Artist’s Choice ‘and ‘Vibrant Vistas’ were organized in 2013 and 2014 and the current show is the third exhibition the group is having. It showcases the works of 12 artists which include Baljit Kaur, Bindu Matharu, Gunwant Bassi, Jarnail Singh, Jay Panesar, Mandeep Wirk, Navalpreet Rangi, Neeti Singh, Parminder Singh, Sanjoy Das, Shital Anmol and Vipin Kapoor. The works reflect the land, life, people and Indian background of the artists and also showcases their creative response to their new adopted home, i.e. Canada, its life, and landscape. Situated in the scenic Bear Creek Park, Surrey Art Gallery will be having this exhibition open to viewers till July 16, 2017.