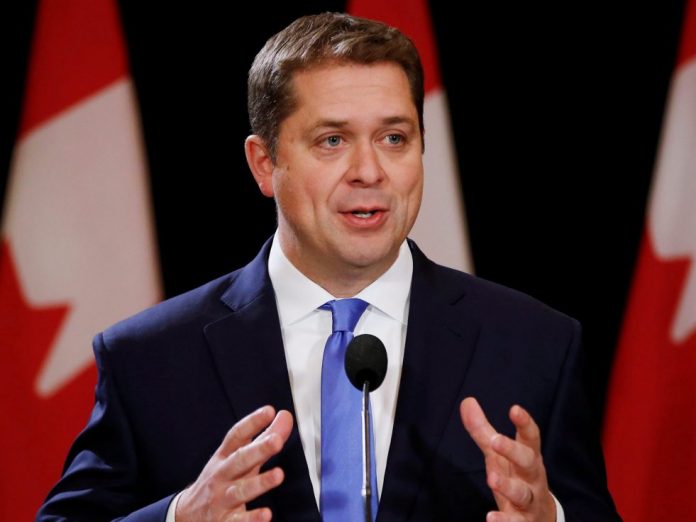 OTTAWA: Parliament is set to re-open this morning with three of the four main parties expected to back a plan for a single weekly sitting, over the objections of the Opposition Conservatives who continue to say that’s not enough.
Conservative Leader Andrew Scheer said the NDP and Bloc Quebecois are merely cheerleading for the Liberal government, after the three made a tentative agreement to sit in person once a week, though the potential of adding virtual sittings later remains.
The three say the only reason to be physically present in the House of Commons amid the threat of the COVID-19 pandemic is to vote on legislation. The reason they proposed one sitting per week is so those votes can happen quickly, without having to reconvene an emergency session.
But Scheer said Monday morning the debate and discussion in the House of Commons are of urgent importance. The Liberals, he said, must answer questions on issues ranging from the state of the nation’s medical-goods stockpile to accountability for the billions of dollars being spent in federal aid.
“Conservatives continue to believe that frequent accountability sessions in Parliament get better results for Canadians,” he said.
NDP Leader Jagmeet Singh said two virtual sittings of the committee of the whole per week can accommodate all other needs.
Those virtual sittings would not only minimize contact, but also make sure people in regions far from Ottawa would be able to question the government.
“It’s important to hear voices from parliamentarians across this country,” Singh said.
The NDP have three MPs in Ottawa, including Singh, who say they are prepared to stay in the capital as long as necessary to reach a deal with the other parties.
Scheer was unable to say exactly how many MPs from his party would be present in the chamber.
Bloc Quebecois Leader Yves-Francois Blanchet accused the Conservatives of holding parliament “hostage” for partisan reasons, and said he wants to get to the business of serving Canadians and the people of Quebec.
The Bloc said its priorities during the next sitting of the House is to promote the needs of seniors, and the NDP cited students who will be out of work this summer as one of their top concerns.
The Senate has broken until at least June 2, though several committees have plans to meet virtually and the full body can be recalled if legislation need to be passed.