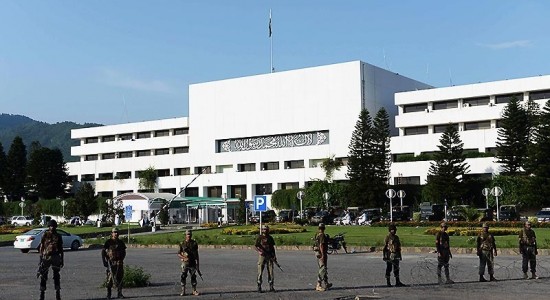 Islamabad, Feb 23 (IANS) Pakistan’s parliament on Tuesday became the first in the world to totally switch to green energy with a solar power production project.

On April 21, 2015, the inauguration ceremony for the project was jointly attended by Sharif and Chinese President Xi Jinping, who was on a two-day official visit to the country.

Speaking on the occassion, Sharif thanked the Chinese government for its support in the materialising the Green Parliament Project and termed it a testimony of the solid friendship between the two countries, and urged the public and private sectors to follow the exemplary project.

He said, “Pakistan has launched a number of power projects under the China-Pakistan Economic Corridor initiative, which will help Pakistan overcome its energy crises. Pakistan, with the Chinese cooperation, will be able to control its energy woes in 2018.”

The environment-friendly project that was completed on December 7 last year has zeroed the electricity bill of the Parliament House.