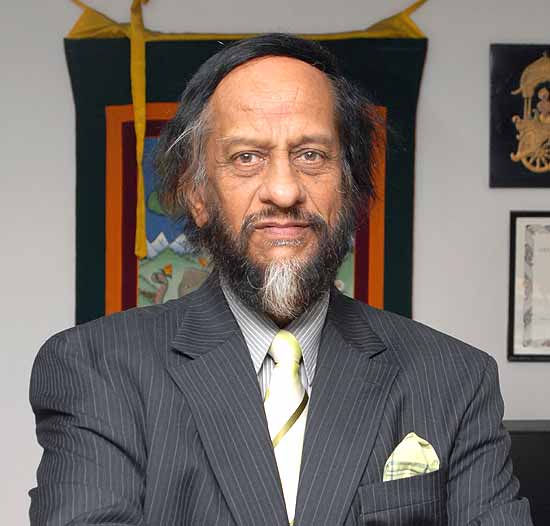 The court has directed him to neither visit the premises of The Energy and Resources Institute (TERI), not to leave the country without permission, not influence any witnesses in the case directly or indirectly and join the investigation whenever required by police.

However, it has kept the bail application pending and listed the matter for March 27 for further hearing as it ordered that he must not be arrested till next date of hearing.

Opposing the bail application, the public prosecutor said that Pachauri is not co-operating in the investigation and has appeared before police for questioning only once.

Police submitted that Pachauri has denied his role over exchanges of SMSes and conversation with the victim. Saying the statement of the victim running over 30 pages has been already recorded in the matter, it added that his questioning is required to conduct further probe in the matter.

The complainant’s counsel Prashant Mendiratta, noting Pachauri is a highly influential person, said more people are coming forward to lodge their complaints against him but if he is granted protection, then they will not come forward, he said.

Pachauri’s counsel Sidharth Luthra however said that his client is not medically fit and suffering from various ailments.

Pachauri must be released on bail as there is less chance of tampering with evidence because he has taken leave from TERI and is not in a condition to influence witnesses in the matter, Luthra told court.

“We are happy that the court has granted anticipatory bail on the basis of a prima facie view that no custodial interrogation is required. All conditions imposed by the court are normal and routine conditions to allow a free and fair investigation of the case,” he said in a statement here.

Pachauri, who had Tuesday stepped down as chairperson of the UN Intergovernmental Panel on Climate Change (IPCC), has denied the allegations against him but also proceeded on leave from TERI, where he was the director general.

The 75-year-old was Feb 21 admitted to a private hospital here on account of a heart problem, a TERI source told IANS. The news about his hospitalisation came to light Wednesday.

Women activists meanwhile questioned the TERI governing council for not initiating a “disciplinary” enquiry against him for acts of alleged misconduct and demanded that he must be “suspended pending the enquiry”.

In a strongly-worded letter to a member of the governing council, lawyer Indira Jaisingh, activist Kavita Krishnan, former Planning Commission member Syeda Hameed along with others, have sought “suspension” of Pachauri from his position pending an internal enquiry by the presiding officer of the internal complaints committee of TERI.A

The Padma Bhushan awardee is facing a complaint of alleged harassment by a woman research analyst who has also lodged a police case. Citing several texts, emails, and WhatsApp messages as evidence to prove the claim of sexual harassment, the complainant accused Pachauri of harassing her soon after she joined the TERI in September 2013.