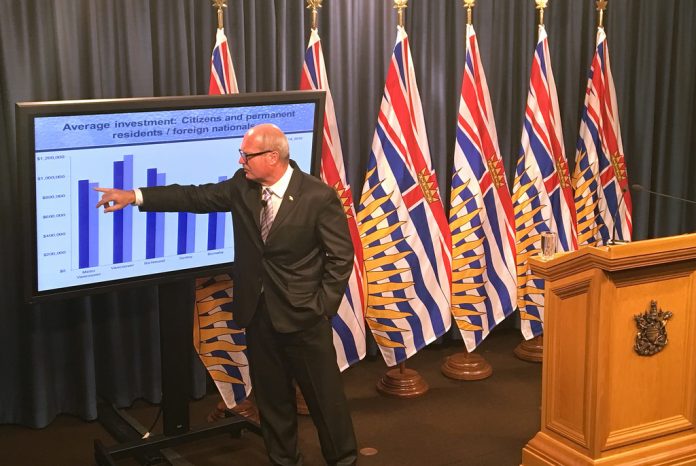 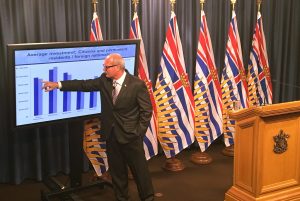 Victoria: Updated data on foreign investment show more than $885 million in foreign investment flowed into Metro Vancouver’s residential real estate market in just five weeks, representing 86% of the capital invested in the sector by foreign purchasers throughout the province.

Beginning Aug. 2, 2016, an additional property transfer tax rate of 15% will apply in Metro Vancouver to purchasers of residential real estate who are foreign nationals or foreign-controlled corporations.

As part of Budget 2016 government began collecting data to identify foreign purchasers, and better understand whether and to what extent foreign capital is having an effect on residential real estate prices.

Updated data specific to the City of Vancouver, Burnaby, Richmond, Surrey and the capital region are shown in the attached tables.

While foreign investment in residential real estate markets is only one factor driving price increases in Metro Vancouver, it represents an additional source of pressure on a housing market struggling to build enough new homes to meet demand. The Province’s additional tax on foreign purchases will help manage foreign demand while new homes are built to meet local needs.

Property transfer data also show that the measures announced in Budget 2016 continue to benefit families buying newly built homes. Budget 2016 introduced the Newly Built Home Exemption to the Property Transfer Tax, which can save purchasers up to $13,000 in property transfer tax when purchasing a newly constructed or subdivided home worth up to $750,000.

Sikh organizations collect 3,000 toys for children in need this Christmas