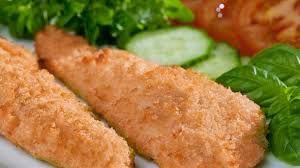 The Public Health Agency of Canada is collaborating with provincial public health partners, the Canadian Food Inspection Agency, and Health Canada to investigate an outbreak of Salmonella infections in Ontario, Quebec, Nova Scotia, and Newfoundland and Labrador with cases of human illness linked to frozen raw breaded chicken products.

Salmonella is commonly found in raw chicken and frozen raw breaded chicken products. The risk to Canadians is low, and illnesses can be avoided if safe food handling, preparation and cooking practices are followed when preparing these types of food products.

Currently there are 44 cases of Salmonella illness in four provinces: Ontario (28), Quebec (12), Nova Scotia (2), and Newfoundland and Labrador (2). Twelve people have been hospitalized. No deaths have been reported. Individuals became sick between February 7 and May 23, 2015. Based on the investigation findings to date, exposure to frozen raw breaded chicken products has emerged as a source of illness.

Anyone can become sick with a Salmonella infection, but infants, children, seniors and those with weakened immune systems are at higher risk of serious illness because their immune systems are more fragile than healthy individuals.

Most people who become ill from a Salmonella infection will recover fully after a few days. It is possible for some people to be infected with the bacteria and not get sick or show any symptoms, but still be able to spread the infection to others.

If you are preparing frozen raw breaded chicken products there are precautions you should take to protect your health.

Symptoms of a Salmonella infection, called salmonellosis, typically start 6 to 72 hours after exposure to Salmonella bacteria from an infected animal or contaminated product.

These symptoms usually last four to seven days. In healthy people, salmonellosis often clears up without treatment. In some cases severe illness and hospitalization may occur. People who are infected with Salmonella bacteria can be infectious from several days to several weeks. People who experience symptoms, or who have underlying medical conditions, should contact their health care providers if they suspect they have a Salmonella infection.