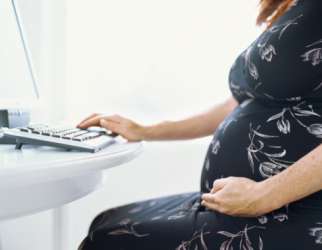 By Jordan Press, The Canadian Press

Ottawa: The government’s legal bill to fight a group of mothers who say they were wrongfully denied sickness benefits continues to rise as the woman at the centre of the battle waits for the Liberals to fulfil a campaign pledge to end the case.

Newly released figures show the federal government has spent more than $2.2 million in legal fees fighting a class-action lawsuit involving Calgary mother Jennifer McCrea and thousands of other women who say they were wrongly were denied sick benefits while they were on maternity leave.

Most of the money _ $2.06 million _ was spent by the federal Justice Department with a further $176,377 estimated to have been spent at Employment and Social Development Canada.

The figures are contained in documents tabled in Parliament last week in response to a request from New Democrat MP Niki Ashton and show the government added about $1 million to the overall legal bill for the case in the last year.

“It’s very upsetting that this legal bill is at $2.2 million and that could have been … to help out me as well as the other many, many women that could use that benefit that we are entitled to,” McCrea said in a telephone interview from Calgary. “It’s extremely frustrating.”

That frustration, she said, could vanish if the Liberals were to drop the legal challenge. During the campaign, the NDP promised to drop the fight within six months of election, while the Liberals told the Toronto Star in early October that the party would “immediately end” the court battle.

McCrea said she hasn’t heard anything from the Liberals about when they will meet that promise.

“Would we like to see more happening from them coming to talk to us or anything like that? Absolutely we would love to see more from them,” said McCrea, 39.

The $450-million class-action lawsuit alleges the government failed to pay sickness benefits to women who became ill while on maternity leave even though the law said they were allowed it.

Parliament decided in 2002 to allow those who were diagnosed with cancer, for instance, to access 15 extra weeks of EI payments on top of their year of maternity leave.

The lawsuit alleges some 60,000 women were denied such claims between 2002 and 2012. Among them was McCrea who was diagnosed in July 2011 with breast cancer while on maternity leave with her youngest son, Logan, who was eight months old at the time.

She had a double mastectomy in August 2011 and was deemed cancer-free shortly afterwards.

A settlement to the class-action lawsuit could cost the government tens of millions of dollars, said Stephen Moreau, McCrea’s Toronto-based lawyer

The case has been ongoing now for about four years and could take another four years to get through a trial, Moreau said.

“I would tell you what the good reason is to pursue this kind of fight vigorously, but I actually can’t for the life of me understand it,” Moreau said of the government’s position.

Ashton, the NDP’s employment critic, said the dollar figures should be a warning for the Liberal government to make immediate changes to the EI system so that those who are eligible get benefits.

“We’ve come out of a decade where the government time and time again turned to litigation to get out of either meeting its obligations or trying to find a solution for Canadians in a collaborative way,” Ashton said.

“I certainly hope that with a new government we’ll see a new approach on this front.”