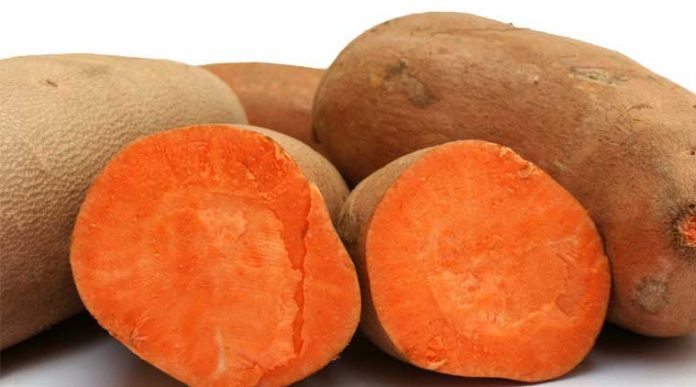 Washington, June 16 (IANS) A study has found that orange sweet potato (OSP), rich in Vitamin A, reduces both the prevalence and duration of diarrhoea in young children.

“The beta-carotene in OSP is converted into vitamin A the same day the OSP is eaten,” said Erick Boy, the head of Nutrition at HarvestPlus, a global programme to improve nutrition.

“This vitamin A is used by the cells lining the gut to help form a barrier to invading germs. These cells are regenerated every few days, so cells that have been weakened due to lack of vitamin A are quickly replaced by healthy cells when there is enough vitamin A.”

The study found a 42 percent reduction in the likelihood that children under the age of five who ate OSP within the past week would experience diarrhoea.

For children under three years of age who ate OSP, the likelihood of having diarrhoea was reduced by more than half (52 percent).

The OSP also reduces the duration of diarrhoea.

“Using OSP to provide vitamin A is a fraction of that cost. Given the popularity of OSP — children especially love its taste — we think it is a sustainable solution to improving nutrition and child health in many countries complemented by supplementation where it is cost-effective,” Alan de Brauw, senior research fellow at International Food Policy Research Institute, said.

Much yet to know about women’s heart, says PIO cardiologist