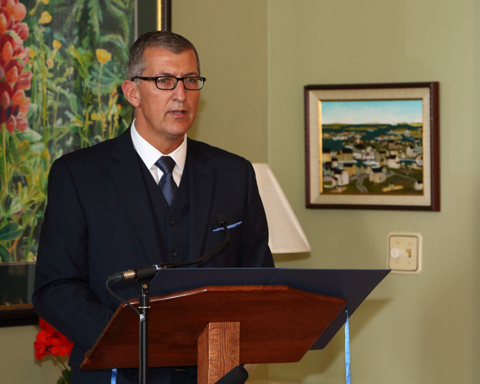 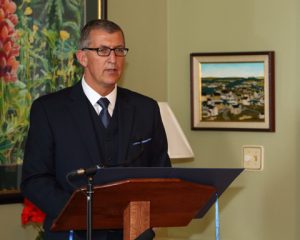 ST. JOHN’S, N.L.:  Premier Paul Davis of Newfoundland and Labrador says his staff told police about tweets that prompted an investigation into a perceived threat during which a man was shot dead.

Davis says he wasn’t aware about the tweets until he heard about the death of Don Dunphy, who was fatally shot by an officer with the Royal Newfoundland Constabulary on Sunday.

“I was shocked, deeply saddened yesterday to learn of the events that had taken place,” Davis told a news conference Monday.

“This is a terrible tragedy for so many reasons. My thoughts and prayers are with the Dunphy family, with the people of Mount Carmel in the area where this took place and with those that have been impacted by this very tragic event.”

Chief William Janes of the Royal Newfoundland Constabulary said the officer involved was a member of its protective services unit, which provides security and ongoing threat and risk assessments for the premier and elected officials.

Janes said the officer was working a regularly scheduled shift Sunday when he went to the home of Dunphy in Mitchells Brook, about 80 kilometres southwest of St. John’s, as part of an investigation.

Janes said he wasn’t aware of the officer having any partner or backup when he went inside the home at about 2:30 p.m. The officer was not injured in the shooting, he added.

Janes declined to identify the officer and the RCMP are now investigating the shooting.

Canadian man arrested for travelling to U.S. to have sex with...