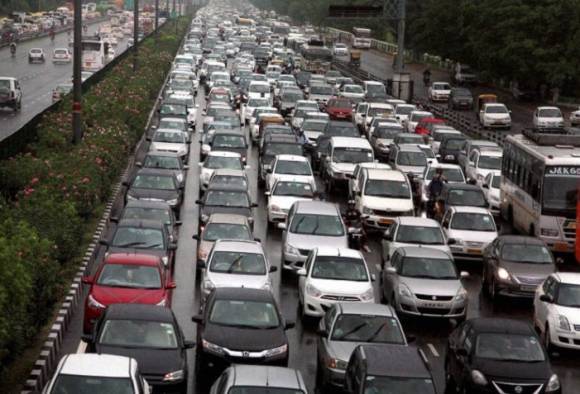 New Delhi, Jan 4 (IANS) Delhiites proved as misplaced the widespread doubts whether they would leave their odd-numbered cars at home on an even date on Monday, and whether public transport would creak under the new burden. Motorists largely complied with the odd-even formula on its third day.

A total of 1,231 motorists were fined — 1040 by Delhi Police and 191 by the transport department — compared to 567 on the first two days of the scheme when the authorities were “soft” on the violators.

“This is a victory of the people of Delhi. Because of their will, Delhi has passed its litmus test,” Transport Minister Gopal Rai told reporters.

The minister praised Delhi Police, with which the Aam Aadmi Party government is at loggerheads, for its cooperation.

Unlike the usual gridlock on Monday morning, traffic movement was smooth on Delhi’s arterial and main roads.

There was an overwhelming response on the the first two days to the scheme which was launched on January 1. Traffic was spared of the regulation on Sunday.

But sceptics said it was because of the extended weekend when people stayed at home, and the real test of the city government’s traffic regulation would be on Monday, the first full working day of the new year.

“There were speculations and doubts about what would happen on Monday when all the offices open. Some people feared that public transport may be overcrowded today (Monday) or there may be violations by drivers, but we have not noticed any such thing,” Rai said.

While lakhs of even-numbered cars plied on the roads, the government rolled out 7,143 buses to ensure smooth travel for those who left their odd-numbered cars at home and turned to public transport to commute.

Although many odd-numbered cars were spotted, they were running on CNG or driven by women — both exempted categories — and the roads were still less crowded in the morning.

Of the total buses, 4,461 were of the Delhi Transport Corporation, while 1,431 were cluster ones.

There were also 1,251 hired private buses, and the remaining were school buses that ferried passengers.

The buses were not crammed as was earlier feared.

Like on the first two days, Chief Minister Arvind Kejriwal shared his car with Rai to reach office, and Deputy Chief Minister Manish Sisodia cycled to the Delhi Secretariat.

Many regular Delhi Metro commuters did not find the train coaches extraordinarily crowded either.

“I found the Metro a bit more crowded than usual but it was not unmanageable as I was fearing it would be,” said Adnan Ali, who travels to work from Chandni Chowk to Noida City Centre.

But the situation was different on the Metro’s Violet Line which has only four-coach trains.

“It was very crowded at Mandi House station. I had to jostle to get into the train and almost fell down as the crowd pushed me from behind,” complained Shweta Arya, who works with a private firm in Nehru Place.

Rai urged people not to spread lies of Metro trains being overcrowded on social media with pictures clicked months ago.

A statement from the Delhi Metro Rail Corporation (DMRC) said it has planned to run 3,192 total trips to handle the passenger rush.

The DMRC will use 198 trains daily to achieve these trips, the statement said.

DMRC executive director Anuj Dayal said: “Today’s (Monday) ridership in the Metro at 8 p.m. was a bit higher than that of last Monday. As many as 22.85 lakh people commuted through Delhi Metro today whereas on December 28 (last Monday) it was 20.51 lakh.”