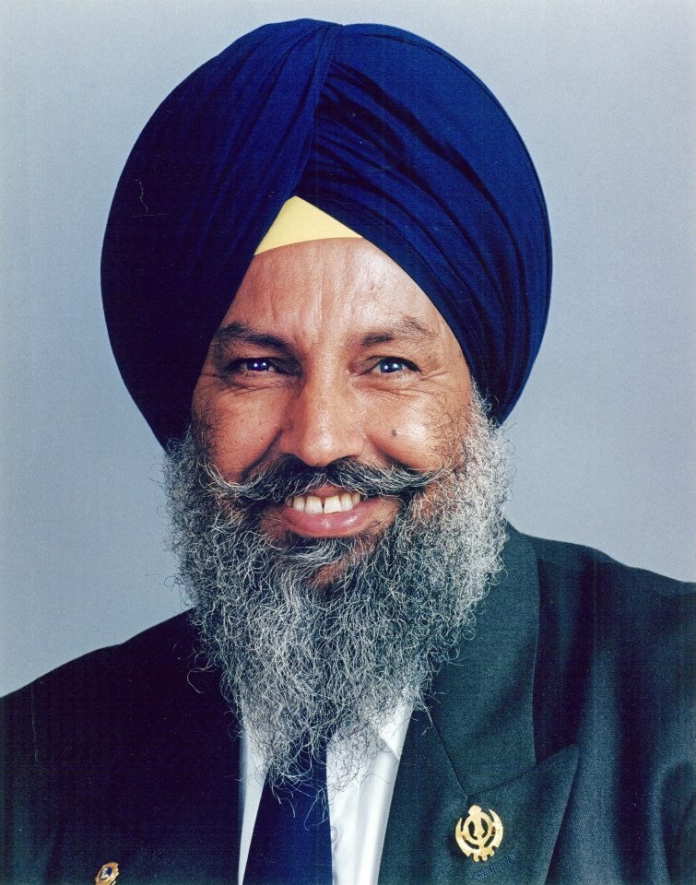 It is with great sadness that the Kahlon family shares the news of the passing of our father and grandfather, Sardar Rajinder Singh Kahlon, 72. Our Bapu, as he enjoyed being called, died on December 3, after a brief, yet courageous battle with cancer.

Rajinder Singh leaves behind his wife of 47 years, Sardarni Pritam Kaur Kahlon; his children, Paul, Rupinder and Manjinder (Mini), their spouses, his grandchildren and many, many dear friends.

Born in 1947 in Sialkot, Pakistan and raised in Mehatpur Mukerian, Punjab, Rajinder Singh graduated from Punjab University with a BSc in 1968. Rajinder Singh immigrated to Canada in 1971, where he worked as an engineering technician in Alberta before running his own True Value Hardware stores in Squamish and Lillooet, BC.

In 1994 Rajinder Singh began an enthusiastic career in public service. He was the first traditional Sikh elected as city councillor in Canada, served as Deputy Mayor of Squamish, was a member of the Lions Club and served as a Lions Zone Chairman. Rajinder’s service was recognized when he was named the 1998 Squamish Business Person of the Year, the 2000 Squamish District Citizen of the Year and the 1996 Melvin Jones Lions Club Intl Award recipient.

In Rajinder’s retirement, he loved nothing more than introducing his grandsons to the same sports he enjoyed and travelling the world with his wife by his side. Sardar Rajinder Singh Kahlon was a large, joyful presence whose death has left a hole in the hearts of many. Yet, his family takes comfort in knowing our Bapu’s life was one that was full of love and well-lived.