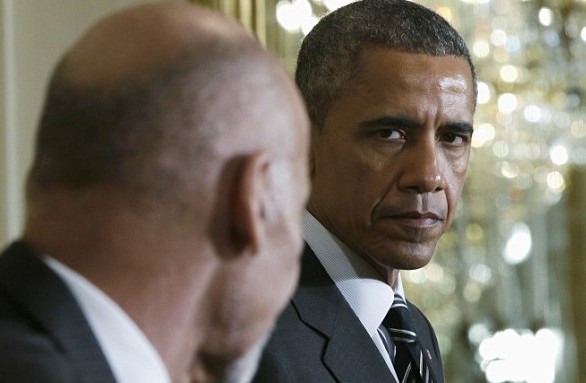 Washington, March 25 (IANS) US President Barack Obama has announced no drawdown of the current 9,800 US troops stationed in Afghanistan will occur through the end of 2015.

Noting that Afghanistan “remains a dangerous place,” Obama said on Tuesday in a joint press conference with visiting Afghan President Ashraf Ghani that given the upcoming spring war season with Afghan militants, it is worthwhile to grant flexibility requested by Ghani in terms of the US drawdown timeline, Xinhua reported.

Obama had previously planed to reduce the current level of 9, 800 US troops in Afghanistan to around 5,500 by the end of 2015 and withdraw all troops by the end of 2016 when his presidency comes to an end.

However, Ghani has made clear on many occasions that such a timeline for a US army withdrawal would jeopardize the security situation on the ground. Prior to his American visit, he had also repeatedly told US media that the extremist group Islamic State was targeting Afghanistan and gaining influence within the nation.

Meanwhile, a joint US-Afghanistan statement issued shortly before the press conference said the specific trajectory of the 2016 US troops drawdown will be established later this year to allow consolidation of the US troops to a Kabul-based embassy presence by the end of 2016.