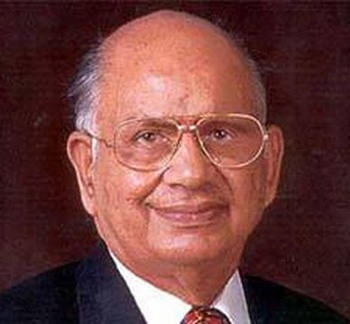 The 86-year-old Munjal was admitted to the Hero Heart Institute at the Dayanand Medical College and Hospital where he passed away.

He said Munjal was into several philanthropic causes, including schools and colleges to help the needy.

“Punjab has lost one of its illustrious sons, who would be ever remembered for his hard work and dedication,” the chief minister said.

“It is a huge personal loss for me but I am sure the life of this great entrepreneur of Punjab will act as a source of inspiration for the coming generations to work zealously for attaining any goal,” he added.

After a humble beginning in 1944 when Munjal was a dealer of bicycle spare parts in Amritsar with his brothers, he became one of the largest bicycle manufacturers in the world, scripting a fascinating success story.

The Hero Cycles factory was set up in 1956 in Ludhiana with a capacity to produce 25 cycles a day. It now makes nearly 19,500 cycles daily.

Listed in the ‘Guinness Books of World Records’ in 1986 as the largest bicycle manufacturer in the world, Hero Cycles commands nearly 40 percent of market share in India’s cycle market.

Even in this era of fast and fancy cars, jet-setting tycoons and technology-driven communication, Munjal didn’t use his mobile phone, never sent an email and didn’t believe in conference calls.

In her biography of Munjal, author and motivational speaker Priya Kumar says that the Munjals began by selling cycle parts, with O.P. — who had only passed Class 10 — given the daunting task of going from city to city to collect orders.

He travelled in third class rail compartments and stayed in the cheapest hotels. At one time, 80 percent of their business shut down due to poor quality of cycle parts supplied to them.

The brothers took loans from family and friends to start all over again.

It was then Punjab chief minister Pratap Singh Kairon who told one of the brothers to start assembling cycles — instead of dealing in cycle parts.

The Hero brand then became Hero Cycles, to take on giants such as Raleigh and Hercules. It never looked back.

But despite his success, Munjal remained a humble man. Till the very end, he continued to pay respect to his elder brothers by touching their feet.

Once when he realized that the quality of his cycles needed to be upgraded to match global standards, Munjal halted production and recalled all unsold cycles, replacing them with the superior version.

Hero Cycles, in Japanese style, had no warehouses. As soon as the day’s production got over, the cycles were loaded onto trucks for different destinations.

Faced with a truck drivers strike once, Munjal ordered buses to transport his cycles.

But Munjal was a taskmaster. He had no tolerance for mediocrity. He never took no for an answer.

Modi seeks to improve relations with Pakistan via cricket