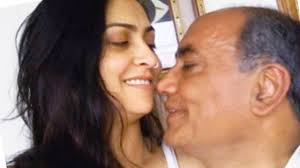 New Delhi, July 2 (IANS) The New York Times has removed a picture of Congress leader Digvijaya Singh with journalist Amrita Rai, which it mistakenly posted in a story on the #SelfieWithDaughter campaign launched by Prime Minister Narendra Modi after his latest “Mann ki Baat”.

The photo of the Congress leader was sent by a prankster, which the noted international daily put along with several others of proud fathers with their daughters.

The New York Times took off the photograph, with a “correction: an earlier tweet included in this article featured a satirical comment about an Indian politician seen in a photograph with his companion, not his daughter. We regret the error”.

In the article titled “#SelfieWithDaughter campaign launched by Indian Prime Minister Modi a smash hit”, the daily said selfies of parents with their daughters have been flooding Twitter – from all around the world.

Modi had proposed the SelfieWithDaughter campaign as part of the “Beti Bachao Beti Padhao” (Save the Girl child, educate girl child) campaign during his talk on “Mann ki Baat” on radio on Sunday.

He was inspired by a similar move by a sarpanch of Bibipur village in Haryana who had posted a selfie with his daughter.

Haryana is among the states with the most skewed sex ratio in India.