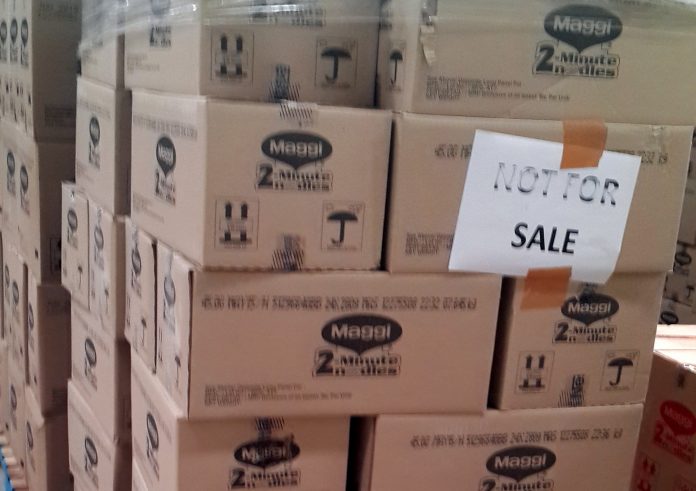 Hassangarh (Haryana), June 15 (IANS) Valuing its Maggi noodles stocks at around Rs.320 crore, Nestle India on Monday said a good part of it was being incinerated at five cement factories across the country into fuel.

The company also said the recall process is one of the largest in the history of India’s food industry.

“The actual recall of Maggi noodles from the market is an immensely complex and a mammoth activity – he largest in the history of Nestle,” Luca Fichera, executive vice president of the supply chain in India, said in this Haryan town, some 90-odd km from the national capital.

“The trust of our consumers is extremely important for us and despite the enormity, we are focused on completing this efficiently and as fast as feasible,” Fichera added.

He said at the Nestle warehouse here that an estimated 27,420 tonnes of Maggi noodles were in the market on June 5, when the product was decided to be recalled.

Explaining the process of recall as complicated, Fichera said Nestle has eight factories across India, out of which five produced Maggi noodles.

The company has 38 distribution centres where the products are stored. Maggi noodles are thereafter sold to 1,400 distributors across the country, following which they are no longer under Nestle’s direct control. They are sold to other distributors or to retailers, he added.

Nestle India said stocks of Maggi noodles worth Rs.210 crore were being withdrawn from the market and destroyed even as another Rs.110 crore worth of finished and related material stocks remained at its factories and distribution centres.

“These are broad estimates because it is impossible to calculate the final figure while the withdrawal is taking place,” the company added in a filing with stock exchanges.

According to Neilsen’s survey, Nestle’s Maggi noodles are expected to be in the shelves of about 3.5 million retail outlets across the country.

“We need to source over 1.4 million cartons to transport all the Maggi packets to our facilities, as they are no longer in cartons but in packets on the shelves. This also involves thousands of trucks and manpower to collect the packets,” said Ashish Pande, the head of supply chain in India.

“This was the most environment friendly solution to destroy the recalled Maggi noodles — to convert them into fuel,” said Fichera.

The current capacity of destruction is 700 tonnes of Maggi noodles across five incineration facilities. It will take at least 40 days to completely destroy 27,420 tonnes, Pande said.

The food safety regulator had ordered Nestle to withdraw Maggi noodles after some samples were reportedly found to contain higher-than-permissible levels of lead — a finding that was rejected by the company, saying its own independent tests suggested otherwise.

Nestle since moved the Bombay High Court, challenging the order. The court has issued notice to the Food Safety and Standards Authority of India (FSSAI), the regulator, and other respondents and posted the matter for hearing on June 30.

Among other matters, the Swiss multinational firm has urged the court to quash the June 5 order asking the company to withdraw and recall all its nine Maggi variants and the oats noodles from the Indian market.

The company said it halted the production of Maggi noodles in its factories since June 5 and decided to withdraw it from the market. It has continued to maintain: “Maggi is safe for consumption.”