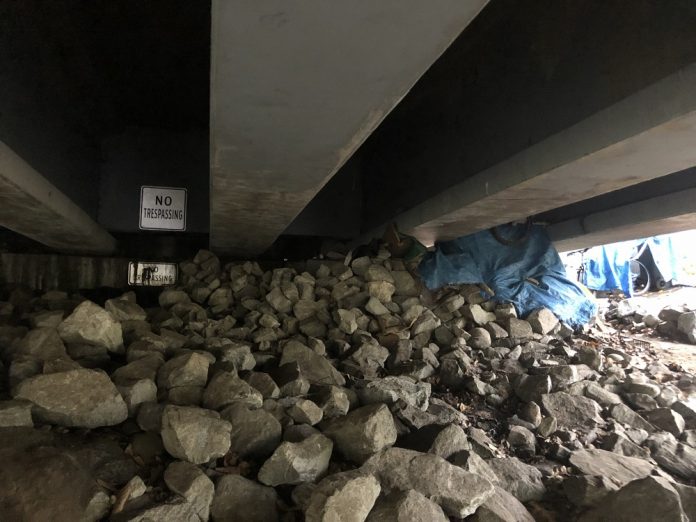 COQUITLAM: A check of a tent on public property in Port Coquitlam has led to the arrest of man who’s been wanted for almost two years.

On October 24, 2019, at about 2:00 p.m., the Coquitlam RCMP’s Uniform Crime Reduction Unit was on foot patrol under an overpass in a wooded area near Lougheed Highway and Shaughnessy Street when they came across a tent camped right underneath a ‘No Trespassing’ sign. One of the occupants was also smoking a cigarette in violation of a local smoking bylaw.

Checks of tents and temporary structures on public property are done for good reasons, says Corporal Michael McLaughlin with Coquitlam RCMP. First of all, we are checking the well-being of the people inside, but it’s also common to find people who are wanted or violating their court-ordered conditions.

In this case, the man who was smoking and staying in the tent refused to provide his name. Coquitlam RCMP officers were forced to arrest him and that led to obtaining fingerprints; the fingerprints led police to an arrest warrant that was issued in February of 2018.

Joseph Bullerwell, a 43-year-old man of no fixed address, is now detained in the Coquitlam RCMP jail until he appears before a judge on a warrant for fail to comply with probation.