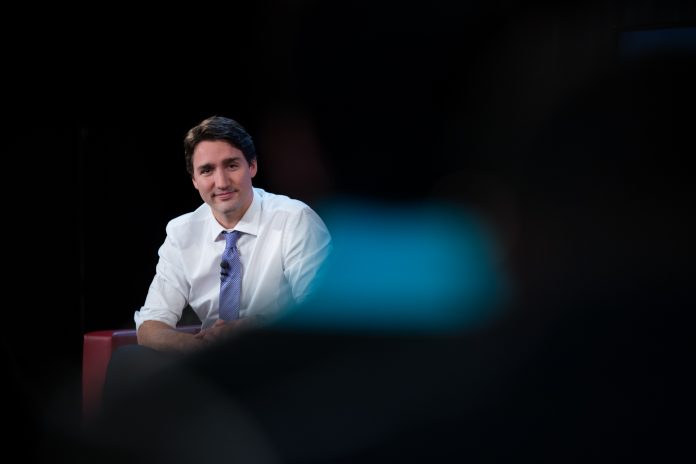 By Joan Bryden, THE CANADIAN PRESS

OTTAWA: Justin Trudeau says there is no pressing problem facing the country that can only be resolved by opening the Constitution _ a laborious, time-consuming road the new prime minister has no intention of going down.

That includes the fact that Quebec has never formally signed onto the Constitution, which was patriated in 1982 with a charter of rights by Trudeau’s father, Pierre, over the objections of the province’s then-separatist government.

Unless there is an intractable problem that can only be remedied by constitutional amendment, constitutional wrangling “as we’ve seen in the past (is) a laborious effort that would consume a lot of the dialogue between the federal government and the provinces,” he said.

“I’d rather be talking about climate change and energy issues and job creation and training and health care and all these things that will make a concrete difference in people’s lives.”

Trudeau scoffed at a suggestion that Quebec’s continued refusal to sign the Constitution is a major problem.

“Which articulates itself how?” he asked rhetorically.

Some Quebecers will always complain that Quebec is excluded from the Constitution, Trudeau acknowledged. But the Constitution does in fact apply to the province and nothing in it has limited Quebec’s ability to deliver health care or education or take action on the issues that matter most to Quebecers, he said.

As well, he said Quebecers are among those who value the charter of rights most highly.

Moreover, Trudeau asserted that the Oct. 19 federal election showed, for the first time in three decades, that Quebecers want to re-engage and play a role in the governance of the country.

“More than half the MPs elected in Quebec are from the governing party. That is an indication that Quebecers are not excluded from government or feeling excluded from Canada.”

Trudeau’s late father spent copious amounts of time haggling with the provinces over constitutional change throughout his 15 years as prime minister. But that was aimed at addressing “a very specific problem” that could not be rectified in any other way, Trudeau said, noting that “we couldn’t amend or address our Constitution without going to ask permission from the British parliament.”

“It was unnatural for a modern democracy not to have control over its own constitution.”

As well, he said his father wanted to create a binding charter to protect Canadians’ fundamental rights and freedoms.

There are no similar constitutional issues in play today that are needed to improve the country or make a difference in the lives of Canadians, Trudeau maintained.

Some provincial and federal politicians have argued that the Constitution should be opened to abolish or reform the Senate. But Trudeau has opted instead for reforms that can be implemented without changing the Constitution.

His government is in the process of creating an arm’s-length advisory board to recommend non-partisan nominees for appointment to the Senate. The process is aimed at reducing partisanship in the upper house in a bid to restore it to its intended purpose as an independent chamber of sober second thought.

Cell text may have saved others in Manitoba house fire that...