Vancouver: The British Columbia government has followed through on a promise to try to stop young people from vaping with regulations that prevent the sale of products that taste like anything but nicotine.

The proposed changes expected to be in place by the end of summer would immediately stop all retailers from selling non-nicotine or nicotine-cannabis blended vapour products.

Health Minister Adrian Dix said at a news conference Monday that the sale of flavoured nicotine vapour products, which are attractive to youth, will now be restricted to adult-only shops.

“We have the power to restrict flavours,” he said. “Only tobacco flavours will be allowed.”

Other changes include restricting the amount of nicotine in the pods and retailers would only be allowed to sell vapour products that are plainly packaged with health warnings.

Nicotine will be treated under the Public Health Act as a “public health hazard,” which allows the government to make the regulations, Dix said.

“Vaping is of course, for some people, harm reduction. And if you are a lifetime smoker, it can have that impact, it can reduce the harm from smoking,” he said.

“But if you are a young person, if you are under 19, it is not harm reduction, it is just harm.”

Dix said the changes introduced are in accordance with European Union standards, which has seen a significant success in limiting the use of vaping products by young people.

A Canadian student tobacco, alcohol and drugs survey found youth vaping among students in grades 10-12 increased in B.C. from 11 per cent in the 2014-15 school year to 39 per cent last year. Across the country, the increase was from nine per cent to 29 per cent.

The Canadian Cancer Society welcomed the announcement saying the new regulations will have a significant impact.

In B.C. and in Canada, youth vaping has more than tripled over a four-year period, a statement from the society said.

“The high levels of nicotine in e-cigarettes are an important factor contributing to skyrocketing rates of youth vaping in Canada,” it said.

“It is hoped that the action by the B.C. government will prompt the federal government to establish the same maximum nicotine level for all of Canada.”

The Convenience Industry Council of Canada said the proposal to reduce nicotine concentrations could force adult customers of vaping products back to cigarettes.

These regulations, while allowing specialty vape shops and online retailers to continue to operate unchecked, will not address youth vaping, the council said in a statement.

Most of the changes, including the nicotine and flavouring regulations, will be immediately enforced, Dix said. The remainder of the regulations will be implemented starting Sept. 15.

Education Minister Rob Fleming said while vaping is a relatively new public health concern, it’s a repackaging of the “old and deadly enemy,” nicotine and tobacco.

By Hina Alam
The Canadian Press 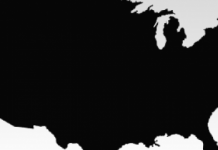