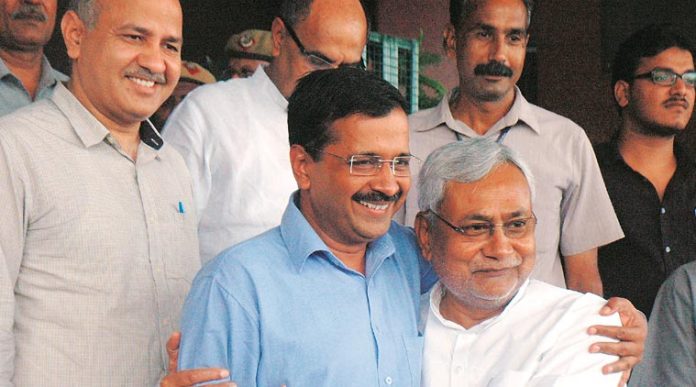 “To felicitate the people who have worked for Bihar but residing in the capital, the government is organising ‘Bihar Samman Sammelan’ in which Kumar will be the chief guest. He will share stage with Delhi Chief Minsiter Arvind Kejriwal,” the official told IANS.

Delhi has a sizeable number of people from Poorvanchal and Bihar. The Aam Aadmi Party (AAP) had even formed a Poorvanchali cell before the Delhi assembly polls.

“The Bihar chief minister will also attend a seminar on “cooperative federalism” on September 22 organised by the government,” the official said.