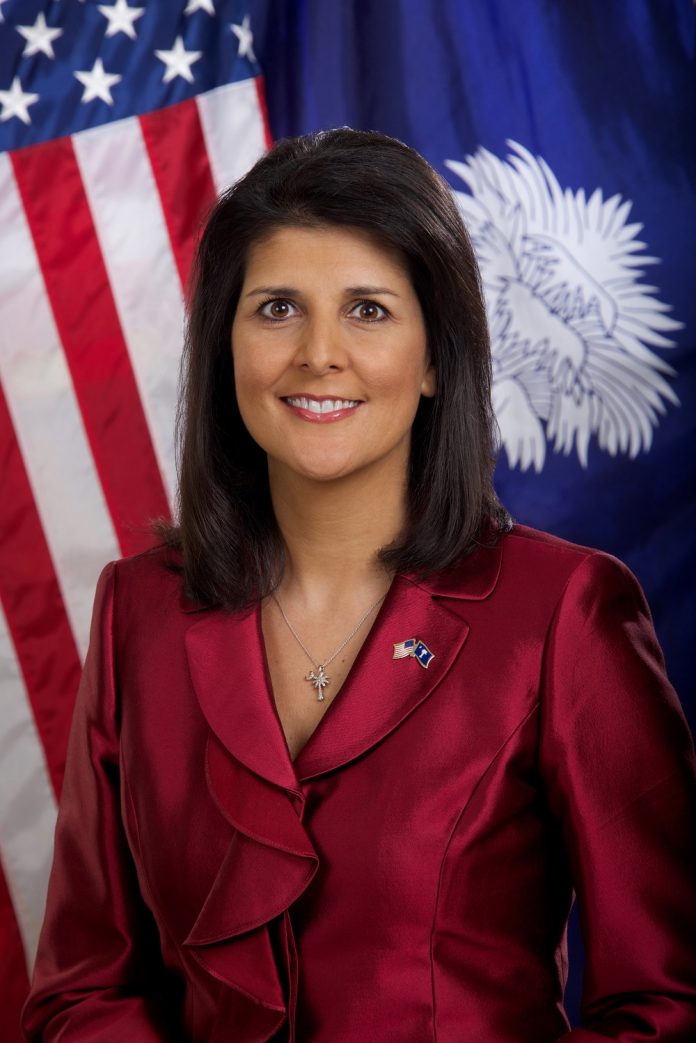 Washington: Nikki Haley got the unanimous approval of the Senate Foreign Relations Committee, clearing the first stage for becoming the first Indian American to be appointed to a cabinet-level post.

Haley’s nomination by President Donald Trump to be the US ambassador to the UN will now go before the full Senate for final approval.

Senate approval assured for her because of her popularity across the political divide as witnessed by the unanimous committee approval.

When she appeared before the panel last week, she got what was probably the best reception for a Trump nominee. At the confirmation hearings she criticised the UN for its paralysis, corruption and inefficiency and said that she would work to reform the world organisation.

The South Carolina Governor has no diplomatic or foreign policy experience which raised questions about her qualification for the post.

Democratic Party Senator Ben Cardin dismissed these doubts saying that her “track record of building coalitions in South Carolina” as governor makes suitable for a diplomatic job. She makes up for her lack of diplomatic experience through her “capability, intelligence,” he added.

She has won high marks for her leadership of the southern, conservative state, particularly for getting the state leaders to agree to take down the flag of the Confederacy, the states supporting slavery, durign the Civil War.

It was considered a symbol of enduring racism. Haley has also spoke at her confirmation hearings about her achievements in negotiating with corporate leaders to get businesses to invest in her state, One of her successes was getting Boeing to set up a aircraft factory in the state.

She also spoke of her immigrant parents and her struggle as an Indian American child in racially polarised South Carolina. Her father Ajit Singh Randhwa, wearing a red turban, sat proudly behind her during the hearings.

After the hearings, committee chairperson Bob Corkr complimented her on her performance and said that she would have smooth-sailing in the Senate.